The Akita is a huge dog breed that originated in northern Japan’s mountainous regions. They come in two varieties: a Japanese strain known as Akita Inu or Japanese Akita, and an American strain known as American Akita. All other colors are considered unusual of the breed in the Japanese strain, although the American strain is available in all dog colors. The breed is one of Japan’s most well-known native breeds.

The current Akita is the result of a concerted nineteenth-century effort to restore seven original Japanese dog breeds, despite its resemblance to canines from old Japanese tombs. The largest of these breeds, the Akita, was rebuilt using a variety of breeds, including native Odate dogs, who were considered the best examples of native Japanese animals. 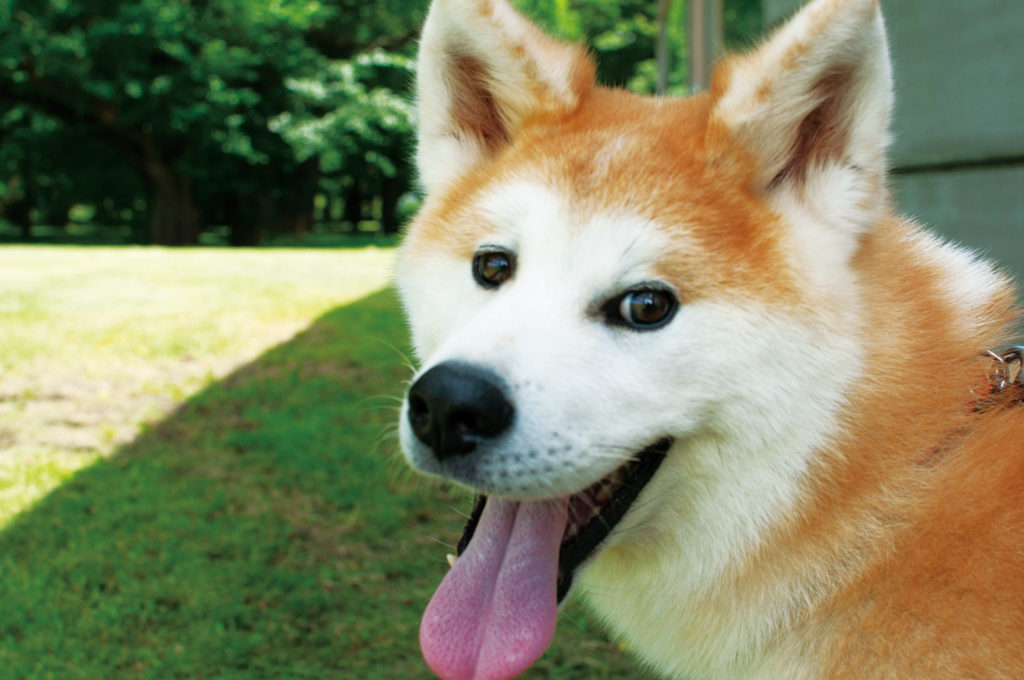 The Akita dog breed was developed in the icy and remote plains of Odate, Akita Prefecture, in Japan’s mountainous region. They were taught to hunt deer, wild boar, and brown bears, among other creatures. This breed was active in dogfighting in the 1600s, which was popular in Japan at the time. They served as samurai companions from the 1500s through the 1800s.

The Akita was in decline in the early twentieth century as a result of cross-breeding with the German Shepherd Dog, St. Bernard, and Mastiff. As a result, many animals began to lose their spitz features and developed drop ears, straight tails, non-Japanese color (black masks, any color other than red, white, or brindle), and loose skin instead.

Helen Keller, a woman of considerable prominence, brought this brave species to America. Helen Keller was held in great regard by the Japanese, who escorted her to Shibuya to see the statue of Hachiko, an Akita who gained a worldwide reputation in the 1920s for his fidelity. Each day, Hachiko’s master, a professor, returned from work, and his loyal dog greeted him at the railway station. When the professor died, Hachiko remained steadfast in his daily watch until his own death a decade later.

Helen Keller was given a puppy, the first Akita brought to America when she expressed her desire to have one of her own. Keller was ecstatic with Kamikaze-go and was heartbroken when he passed away from distemper. Helen Keller brought the first breed to America when she returned from Japan in 1937. Following WWII, servicemen from Japan went home with Akitas. The popularity of the breed rose steadily until it was recognized by the American Kennel Club (AKC) in 1972. It has slowly acquired fans since then and continues to gain popularity. In Japan, the breed is now utilized as a security and police dog.

For its height, the Akita is a hefty breed with heavy bones. A huge, bear-like head with upright, triangular ears set at a little angle following the arch of the neck are among the breed’s physical characteristics. Furthermore, the dog’s eyes are small, dark, deep-set, and triangular in shape. Akitas have thick double coats and cat-like feet with well-knuckled pads. 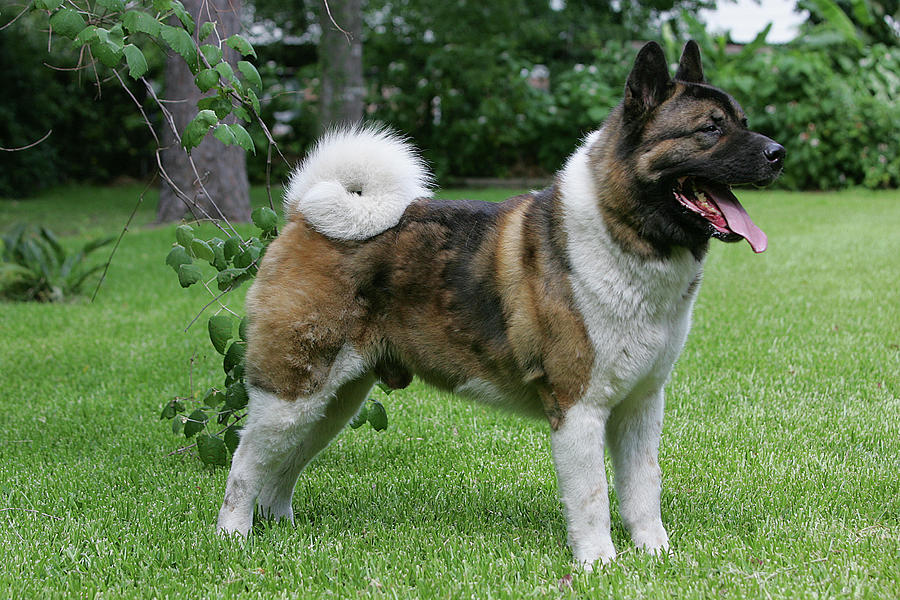 Their tails are carried in a mild or double curl down the loin over the tops of their backs. Mature males are typically 26-28 inches tall at the withers and weigh 45–59 kilograms. Mature females are approximately 24–26 inches tall and weigh 32–45 kilograms.

The ordinary coat length and the long coat are the two coat varieties in the Akita. In the show ring, the lengthy coat is considered a flaw. The double coat of this breed comprises a dense undercoat and a straight, rough outer coat that stands off from the body and is around 2 inches in length or less. This combination provides excellent water and weather protection. Pinto, all sorts of brindle, pure white, black mask, white mask, self-colored mask, and even different colors of undercoat and overlay are all acceptable coat colors in the American Akita.

The Akita is known for being possessive of its property and can be reserved with strangers. Its behavior has been compared to that of a cat; they may clean their face after eating, preen their kennel mate, and be meticulous in the house. It has a reputation for being intolerant of canines of the same sex. This breed is not a breed for first-time dog owners because it is a huge, robust dog. As a result, unless well-socialized, Akitas are often unsuitable for off-leash dog parks. It requires a confident, consistent handler when it is spontaneous; otherwise, the dog may be highly willful and may become violent to other dogs and animals. 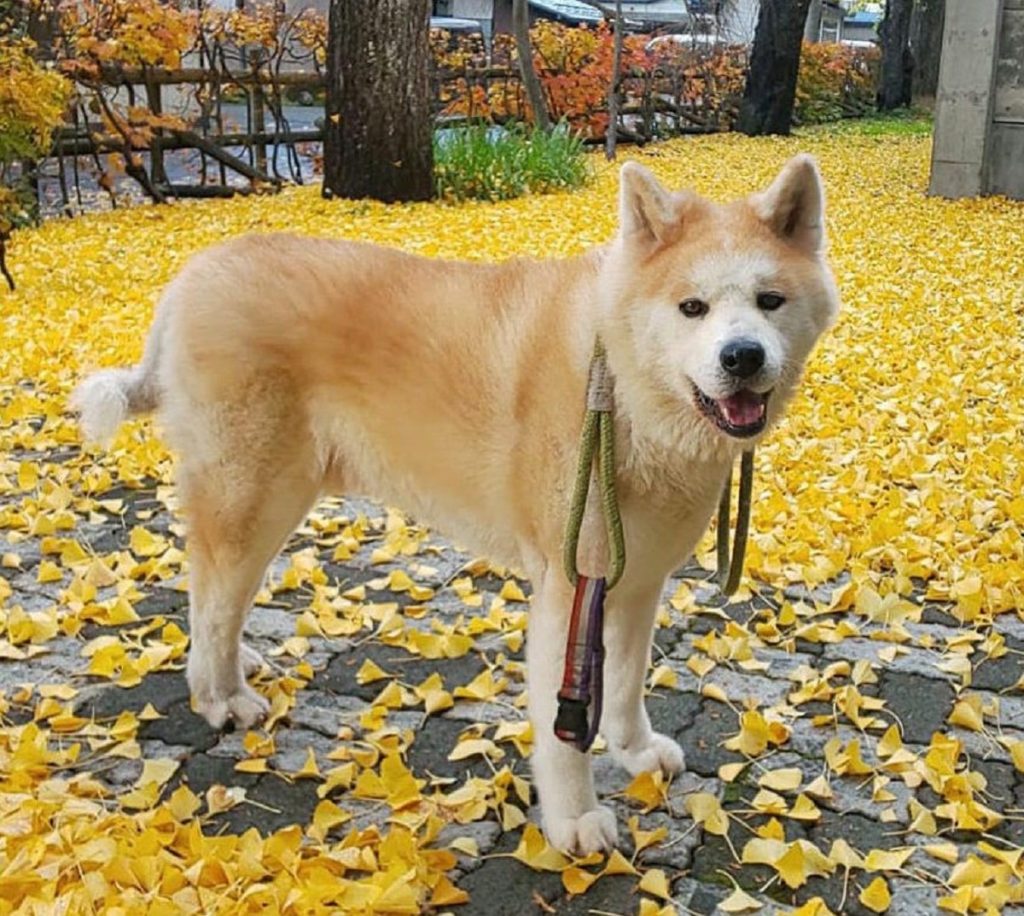 Every day, the Akita loves mental and physical activity. They require the opportunity to run in a safe environment or on a leash for a long jog. This dog can be a peaceful and well-mannered home dog if given enough exercise and instruction. To eliminate dead hair, brush the coat once a week, or more frequently when shedding. They are a low-maintenance breed of dog. They groom themselves in the manner of a cat. It should be a simple task to groom them. They are heavy shedders, and two to three times per year they can shed more than usual. Akitas, in particular, shed their coats twice a year.

Akitas are typically healthy dogs, however, they are susceptible to certain disorders and diseases such as hip dysplasia, gastric dilatation-volvulus (bloat), hypothyroidism, progressive retinal atrophy (PRA), and sebaceous adenitis, as do all dog breeds. Akitas are particularly susceptible to anemia induced by red blood cell damage caused by onion consumption. The average lifespan is 10–12 years.