The Anglo-Arabian Horse is a cross between an Arab and a Thoroughbred. It can also be the product of either of these two crosses with another breed. The minimum amount of blood that must be Arabian to call it an Anglo-Arabian is 12.5%.

France is a country in Western Europe that has been known for its production of Anglo-Arabians. The French Anglo-Arabian horse traces back to two stallions: the Arabian stud Massoud and Aslam, a “Turkish” horse. These Syrian imports were then crossed with a trio of Thoroughbreds, specifically, the Comus Mare, the Selim mare, and Daer. After some years, three out of their daughters form the basis of the french Anglo-Arabian crossing program.

The breeding of Anglo Arabs began in the early 19th century. De Bonneval crossed a French stallion named Massoud to two Thoroughbred mares, Deer and Selim Mare at Le Pin stud in France in 1833. He also bred a cross between an Arab mare named Nichab and English sires, but the foals were not encouraging. 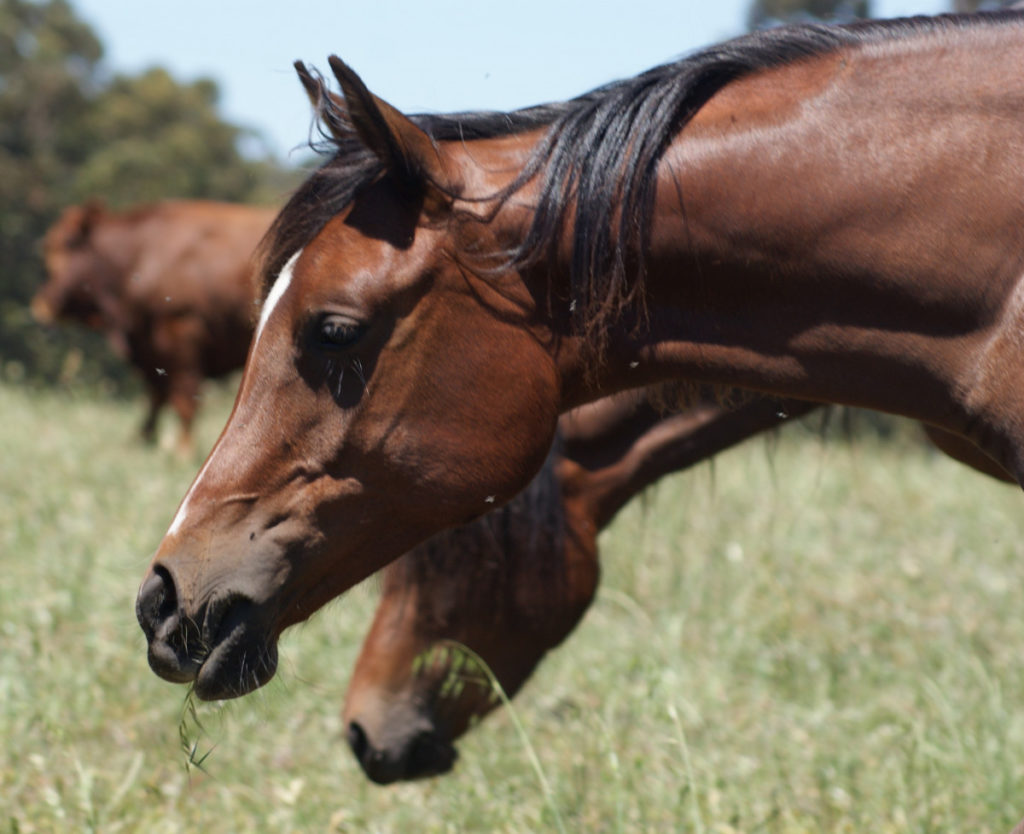 During the late 19th century, Anglo Arab were known as “warlords” because of their physical characteristics and abilities. These horses gained popularity not only as cavalry horses but also excelled in different disciplines of military sports.

Anglo-Arabians are a cross between an Arabian horse and a thoroughbred. They can be crossed with purebreds or each other to produce the desired traits of each breed, as long as the 75/25 ratio is maintained. They are registered with the Anglo-Arabian Registry of the Arabian Horse Association (AHA) and are eligible to be active in AHA programs.

The Anglo-Arabian is a crossbreed between an Arabian and a Thoroughbred. They have a long neck, prominent withers, a compact and strong body with a deep chest and solid bone. The head should be small, fine, and similar to the Arabian but not too dished. 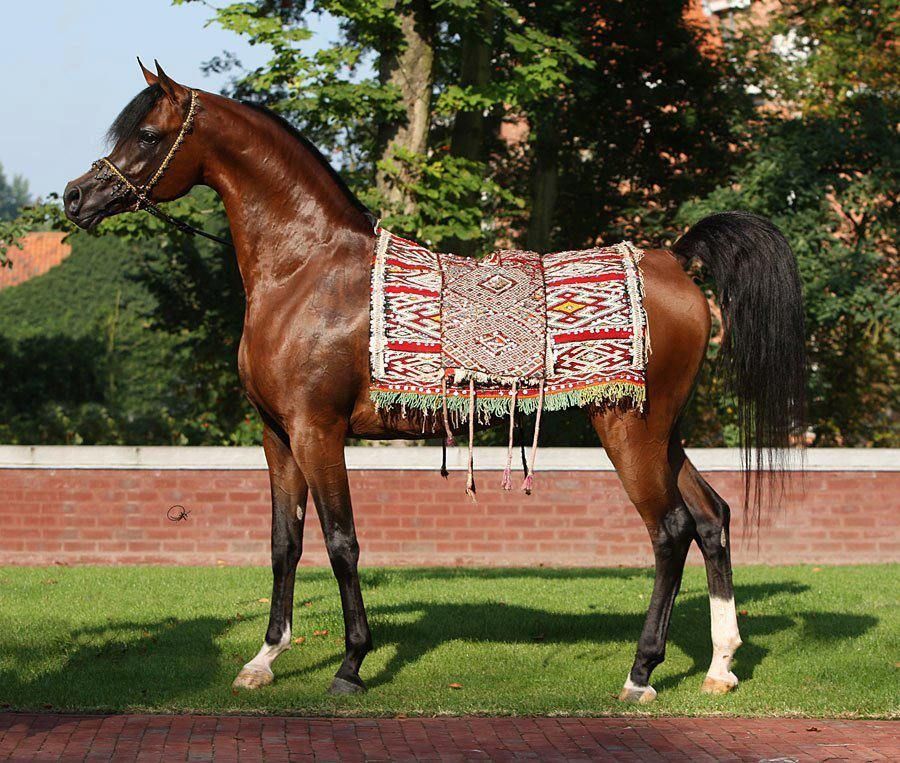 Averagely, Anglo-Arabians are a bit taller than Arabians which results from breeding a Thoroughbred mare with an Arabian stallion. These breeds possess the refinement, good bone, and endurance of the Arabian as well as the speed and scope of the Thoroughbred.

Anglo-Arabians are 157–170 cm high and have a weight of around 454kg. They have a common color of chestnut, brown, or gray. The breed standard calls for horses to be more Arabian than Thoroughbred in body type but not look entirely like either breed.

Anglo-Arabians were used for military purposes in the past. Nowadays, they are mainly used as sport horses or general riding horses. Due to their stamina and jumping abilities, they do well at eventing competitions. 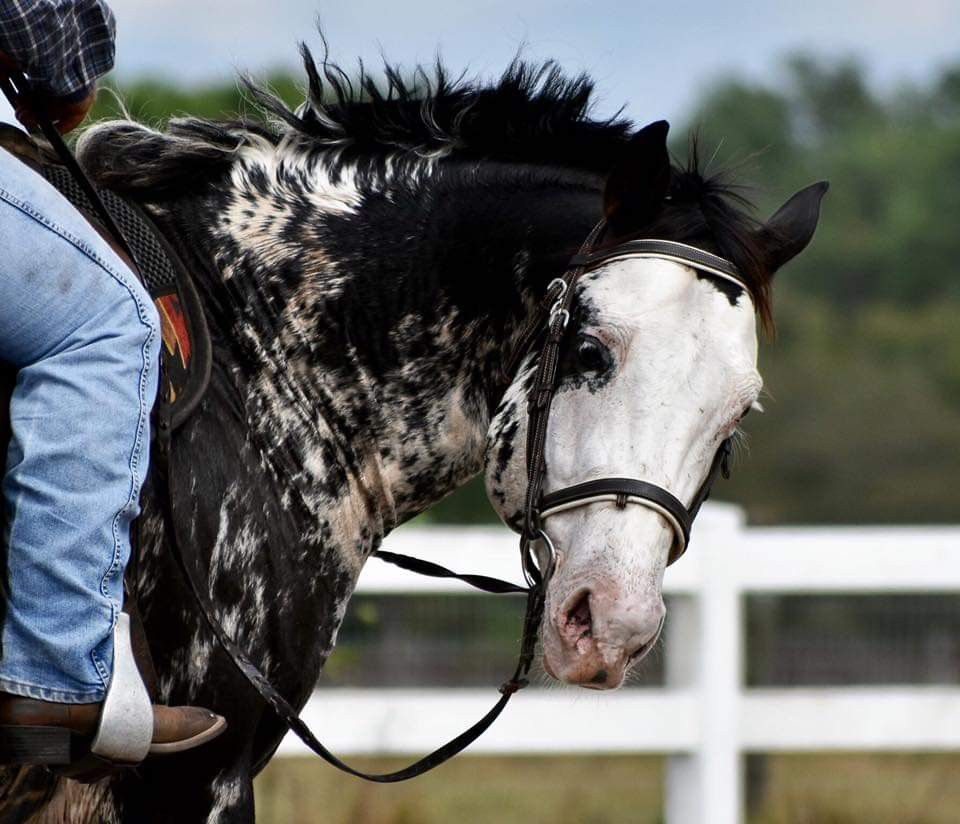 Caring of the Anglo-Arabian Horse

Anglo-Arab has a few cases of viral and immunodeficiency diseases that have been reported. They have a life span of about 16-20years. Anglo-Arab can feed on grass, hay, vitamin, or mineral supplements a day. They are also able to drink enough water to maintain a healthy lifestyle.