The Barramundi Fish Breed (Lates calcarifer), also known as Asian sea bass, is a catadromous fish belonging to the Latidae family of the Perciformes order. From South Asia to Papua New Guinea and Northern Australia, the species is found throughout the Indo-West Pacific region. The name “barramundi” comes from the language of the Australian aboriginal people that live in the Queensland region. The name literally translates to “large-scaled river fish,” which is an accurate description of the creature. It also goes by the names Australian or Asian sea bass, Barramundi Fish Breed perch, and gigantic sea perch in Australia and Asia. The species belongs to the Latidae taxonomic family, which is classified with other ray-finned fishes in the Actinopterygii class. 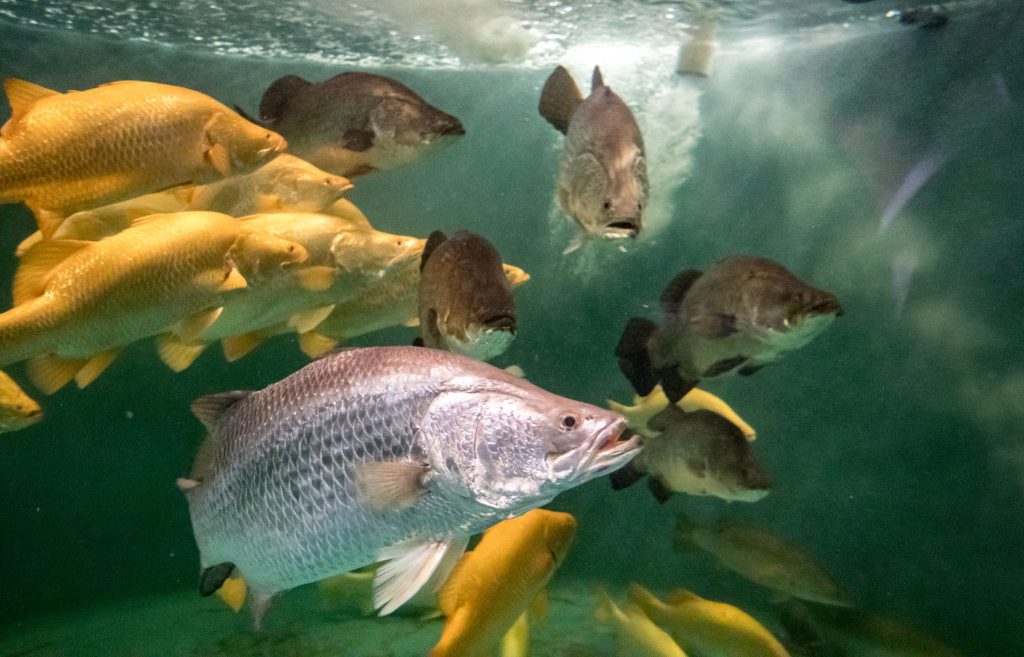 Researchers have a lot of difficulty monitoring and calculating the overall number of barramundi because they have such a broad geographic spread and travel frequently throughout their lives. Despite considerable commercial fishing operations, they are currently classed as the least concern. The barramundi is a stenothermal euryhaline fish. It lives along rivers and spawns in estuaries and tidal flats. Purely marine communities may establish themselves in locations where freshwater is scarce. Age determines the gender of barramundi fish, with young adults being male and older individuals being female. The majority of these fish reproduce on nights when the moon is new or full.

The fish is compressed, with a concave dorsal head shape. The single dorsal and ventral fins have spines and soft rays; the paired pectoral and pelvic fins only have soft rays; the caudal fin is truncated and rounded and has soft rays. They have enormous silver scales that can darken or lighten depending on their surroundings. Their bodies can grow to be as long as 1.8 meters (5.9 feet). The maximum weight is approximately 60 kilograms (130 lb). The body structure of this species is elongated, with a big, slightly slanted mouth and an upper jaw that extends behind the eye. It has ctenoid scales. 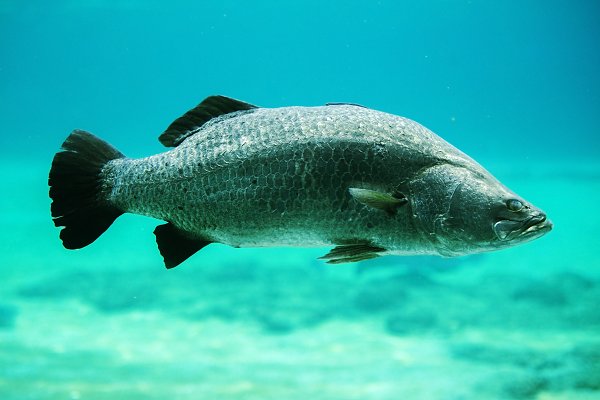 Native populations of this species can be found from Africa to Japan, and it has a wide range in the Indo-Pacific region. It has a large and diverse population in northern Australia, especially in the waters between Australia and Papua New Guinea. Despite its absence throughout much of the Chinese coastline, it can be found in the waters of the Sea of Japan, Southeast Asia, and India.

Because barramundi can tolerate a wide variety of salinities, they can survive in both salt and freshwater habitats. They are, however, susceptible to temperatures outside of their optimum range of 79 to 86°F, despite their wide salinity range. They are catadromous, meaning they move up rivers to breed. The various estuaries that dot the Indo-Pacific area serve as spawning places for wild fish. 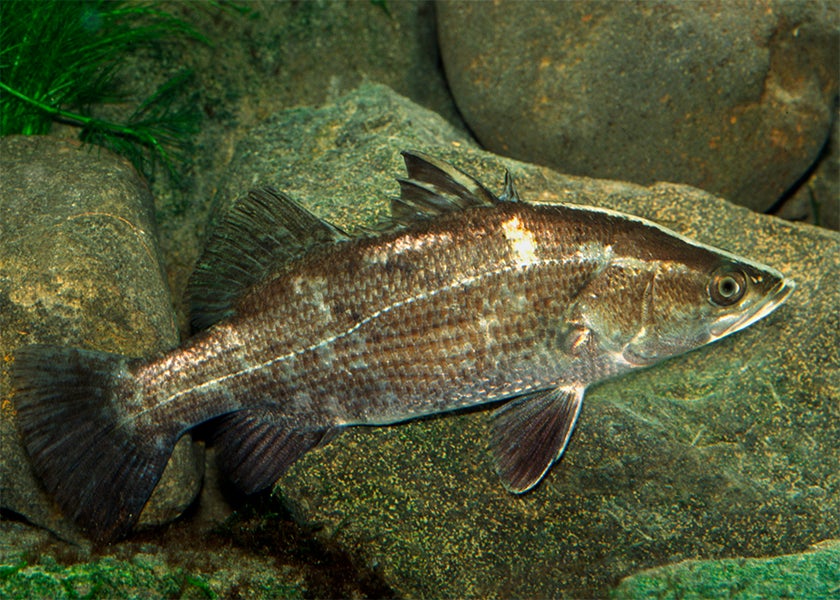 Crustaceans, mollusks, and smaller fish (including its own species) are eaten by the barramundi; youngsters eat zooplankton. They will eat any aquatic prey that is small enough to fit in their mouth, including their own young. In their brackish spawning habitat, young barramundi typically hunts relatively minute creatures like zooplankton. As the fish becomes larger and begins to move, its prey targets become more diverse, including crabs and mollusks.

Males go downriver at the start of the monsoon to meet females who lay big numbers of eggs (several million each). The eggs and fry, which require brackish water to develop, are not guarded by the adults. The species is hermaphroditic in the sense that most individuals mature as males and then become females after at least one spawning season; as a result, the majority of the larger specimens are female. Fish kept in captivity have characteristics that are not found in wild fish, such as changing sex at a smaller size, having a higher proportion of protogyny, and some males not undergoing sexual inversion.