Between the northern Hotzenwald to the south and the Kinzigtal to the north, the main breeding region existed. Breeding was centered around St. Peter and St. Märgen monasteries. In 1896, a studbook was formed to further develop and conserve the breed.

They could weather hard winters and be crucial to the ability of local farmers to work the land. More than 1200 breeding mares were recorded after the Second World War ended. Demand for working horses declined significantly as agriculture and transportation became more mechanized, and by 1977, the number of mares had plummeted below 160. The FAO classified its conservation status as “endangered” in 2007. 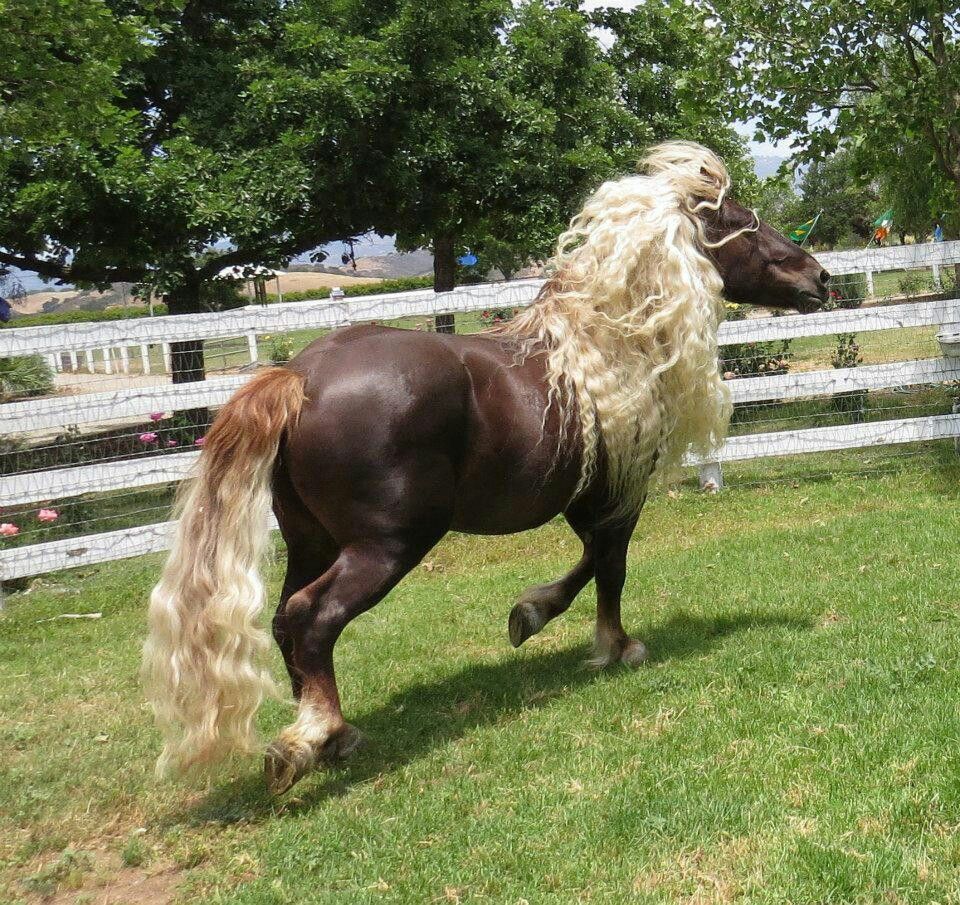 The breed was categorized as endangered by the Gesellschaft zur Erhaltung in 2019 after a population of 88 stallions and 1077 mares was reported in 2017. By 1981, the Black Forest Horse’s numbers had begun to dwindle as the demand for these horses was reduced by evolving technologies and transportation modes. Approximately 700 Black Forest Horse mares are now registered. The Black Forest Horse is currently relatively scarce. The German stud Marbach is attempting to keep the breed alive. These horses are known for being extremely fertile.

The Black Forest Horse is a light to the medium-weight draft horse with a short, muscular neck and well-muscled body. The croup is broad and strong, the head is short and dry, and the shoulders are slanted. The legs are clean and featherless, and the hooves are large and powerful. The coat is light to dark in color, sometimes practically black, and has a pale or silvery mane. No other hue than chestnut with a flaxen mane and tail may be registered as a Black Forest Horse. 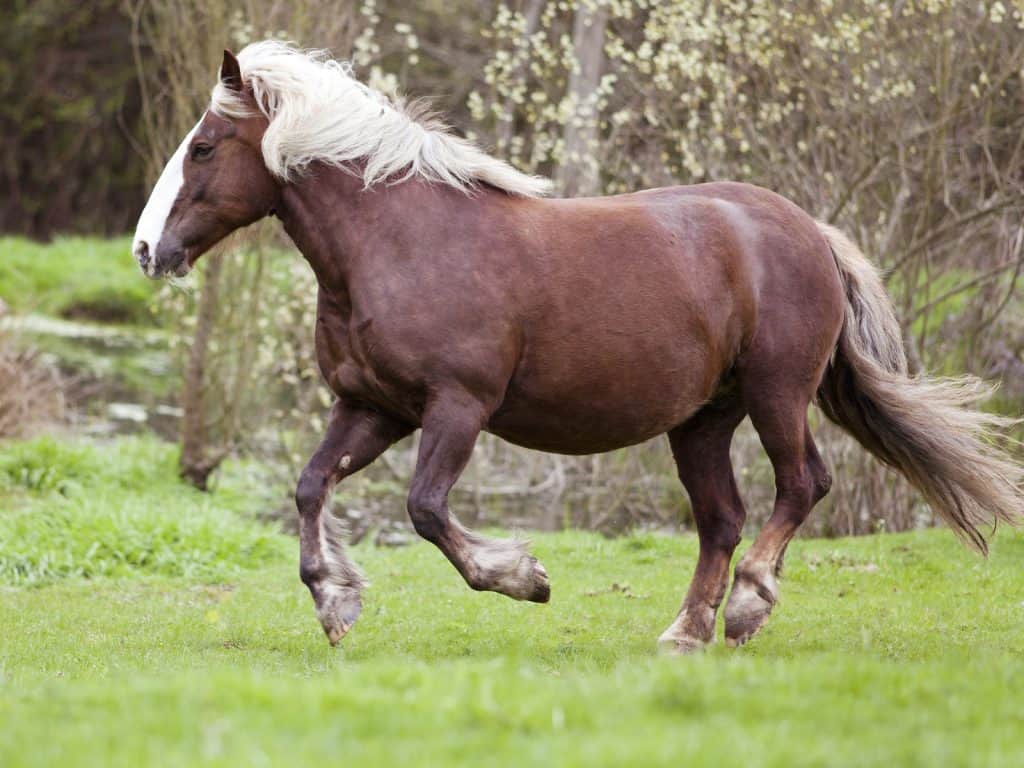 The average weight of this light to the medium-weight draft horse is between 1,250 and 1,400 pounds. Mares develop to be between 14.3 and 15.2 hands tall, while stallions can reach up to 16 hands tall. The manes and tails of these horses are flaxen, while their coats are chestnut. The coat can come in a variety of colors, with some coats appearing practically black. The horses’ manes are thick and flowing, giving them a distinct appearance.

The Black Forest Horse is distinguished from other draft breeds by its pleasant temperament and graceful gait. Its long strides and beautiful trot make it suitable for both driving and riding. This breed is known for being amiable and well-tempered, making it suitable for a wide range of drivers and riders. This breed is noted for its amiable, even-tempered temperament, which makes most of these horses a joy to work with. 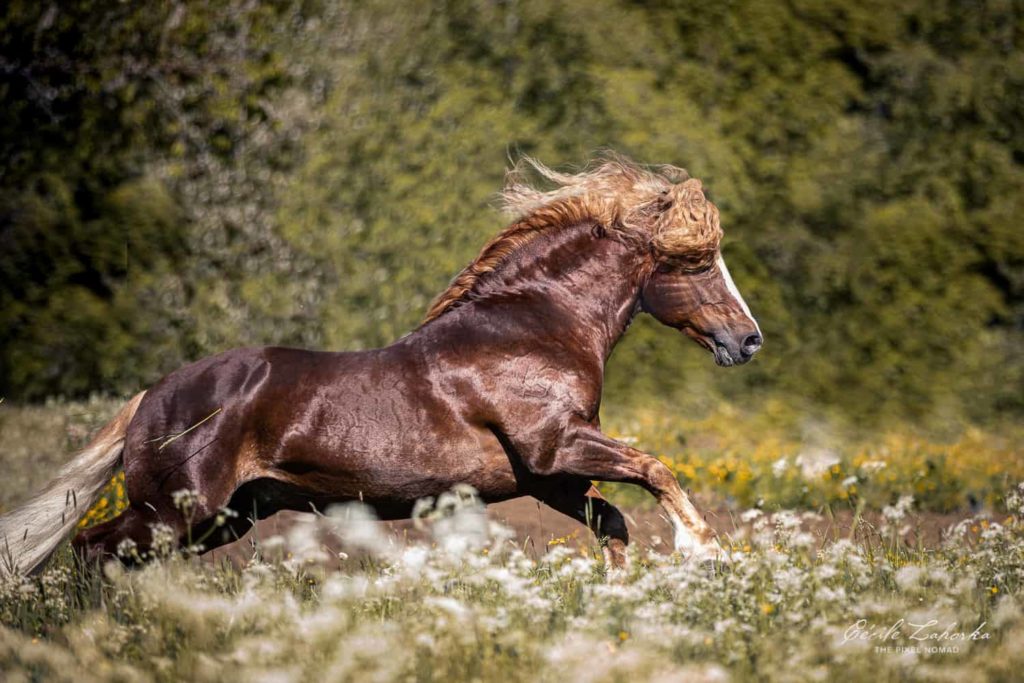 Black Forest Horses are generally easy to care for and thrive on a diet of high-quality grass supplemented with a concentrate to compensate for any nutritional deficiencies in the area. If left out on lush grass, these horses may get overweight, so it’s important to keep an eye on them to keep them in good shape.

The Black Forest Horse is generally healthy and does not have any diseases or disorders that are peculiar to the breed. If the horse is overfed, weight control can be a problem. Regular grooming is beneficial to the Black Forest Horse. Its thick mane and tail, in addition to conventional grooming methods, necessitate particular attention. The average life expectancy is 25 to 30 years.

The Black Forest Horse was created for agricultural and forestry work, but it is also employed in the carriage and, increasingly, as a riding horse.