Cichlids are members of the order Cichliformes and belong to the family Cichlidae. Cichlids and wrasses were once grouped together in a suborder known as the Labroidei. The convict blenny is arguably the closest living relative of cichlids, and both families are categorized as the Cichliformes. This is a huge and diversified family. This is one of the biggest vertebrate families, with at least 1,650 species scientifically documented. Cichlids have the most endangered species of any vertebrate family, with the majority of them belonging to the haplochromine group.  Cichlids are well-known for rapidly evolving into a plethora of closely related but morphologically distinct species inside huge lakes, including Lakes Tanganyika, Victoria, Malawi, and Edward. 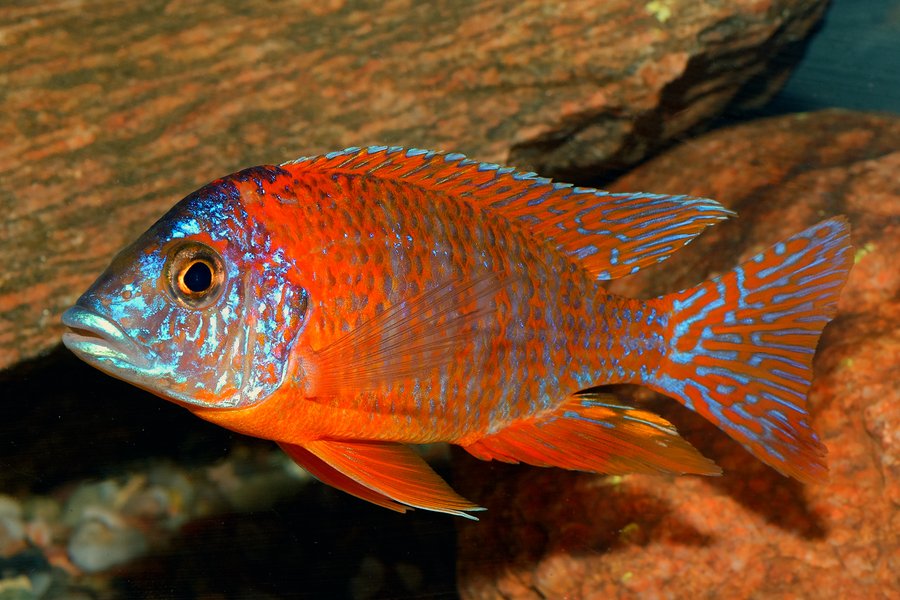 Cichlids are one of the world’s largest vertebrate families. Africa and South America have the most diversified populations. At least 1,600 species have been identified in Africa alone. As far north as the Rio Grande in South Texas, Central America and Mexico have roughly 120 species. Madagascar has its own unique species that are only distantly linked to those found on the continent of Africa. Except for nine species in Israel, Lebanon, and Syria, native cichlids are mostly absent in Asia. Cichlids have established themselves as exotics in feral populations. Even though most cichlids are found at modest depths, there are a few outliers. The deepest known events are over 300 meters deep.

This fish family exhibits a wide variety of social and sexual behaviors. Some species dwell in big groups, while others establish territories and engage in hostile behavior toward other fish. Many create territories, although, in widely scattered schools, they live so close to their neighbors. The level of hostility varies depending on the species.

Cichlids have a comparable body form diversity, ranging from strongly laterally compressed species to cylindrical and very elongated species. Cichlids, on the other hand, are medium-sized, oval in shape, and slightly laterally compressed, and morphologically, behaviorally, and ecologically, they are quite similar to North American sunfishes. The fusion of the lower pharyngeal bones into a single tooth-bearing structure is a common feature among cichlids. The upper and lower pharyngeal bones can be used as a second set of jaws for food processing thanks to a complicated network of muscles. Cichlids come in a variety of body sizes, ranging from 2.5 cm (1 in) to more than 1 m (3 ft) in length. 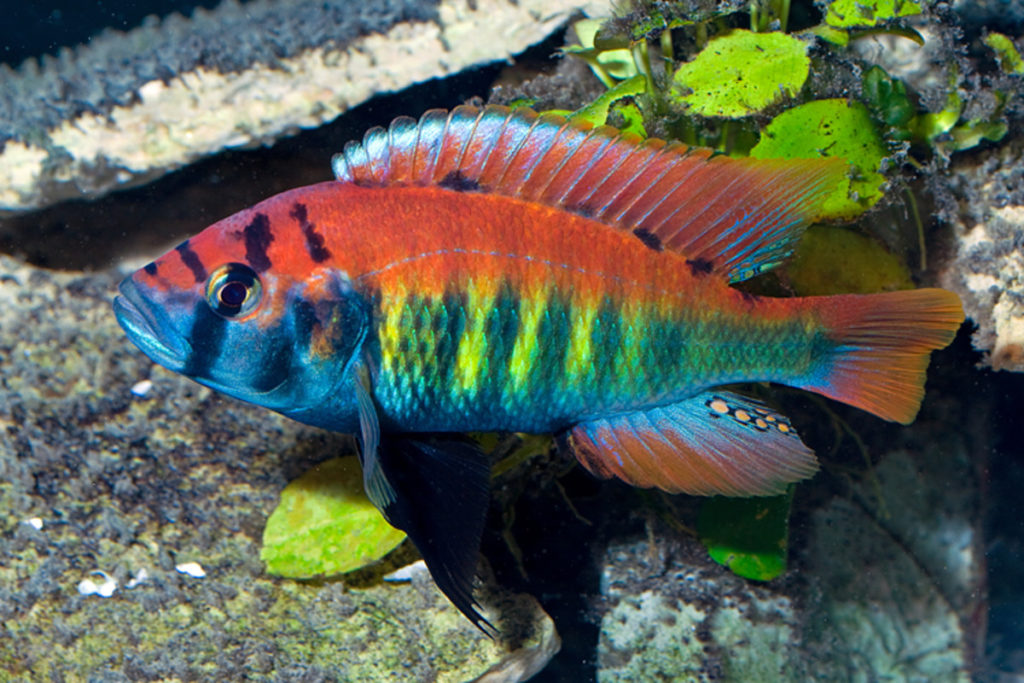 Although several species can withstand brackish water for long periods of time, cichlids are less prevalent in brackish and saltwater settings. Only a few cichlids, on the other hand, live in brackish or saltwater. Warm hypersaline lakes, where representatives of the genera Alcolapia and Danakilia live, are possibly the most extreme environments for cichlids. This diversified group can be found in a variety of environments. 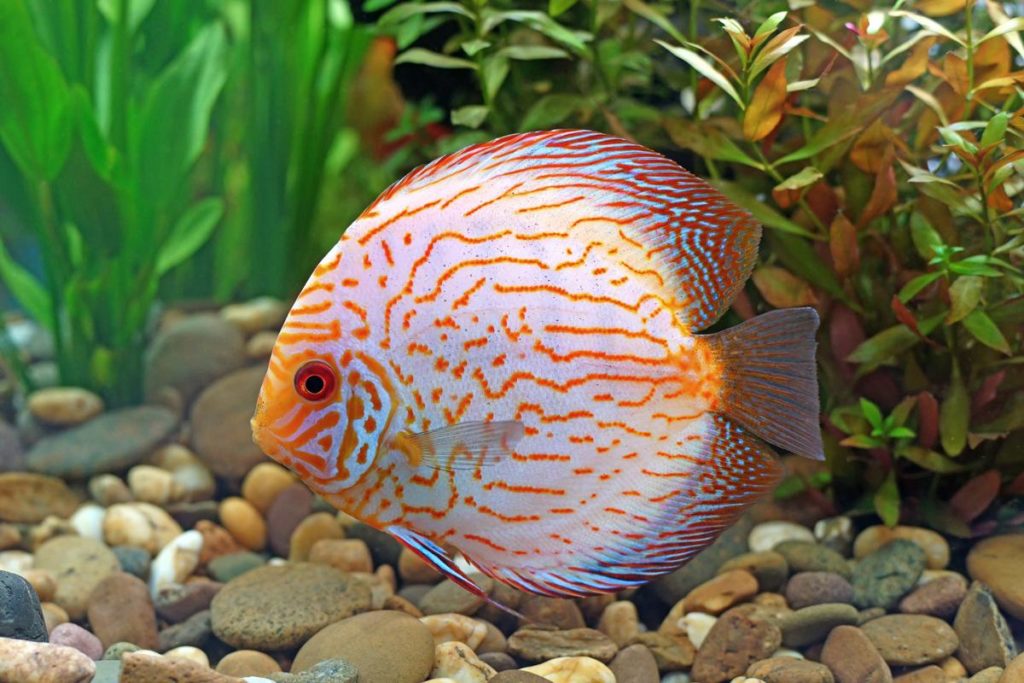 Carnivores, herbivores, omnivores, planktivores, and detritivores are all recognized within the Cichlidae family, implying that the Cichlidae family encompasses nearly the whole range of food consumption available in the animal kingdom. Although certain species have physical adaptations for specific food sources, most cichlids eat a wide variety of foods depending on what’s available. Many of these species are herbivores that eat algae and plants. Small creatures, especially invertebrates, make up a small portion of their diet. Others are detritivores, meaning they feed on organic matter. Other members are predators that eat very little plant materials. Generalists, for example, collect a wide range of small species, including other fish and insect larvae.

This family reproduces as a unit by spawning. The female lays the eggs, and the male fertilizes them outside of her body during the spawning process. The amount of eggs produced depends on the fish’s species, size, and age. Monogamous pairings, or pairs that only breed with one mate, are common in many species. These couples may protect their eggs and/or young in some instances. When the young of other species hatch, they are completely self-sufficient.