The Havana Brown Cat Breed was created in the 1950s by a group of cat fanciers in England who planned a cross between Siamese and domestic black cats. Early Russian Blue breeders included a Siamese type in their breeding. However, recent genetic research suggests that nearly none of them are still in the gene pool. The Cat-Book Poems, a manuscript of rhymes and paintings created in the city of Ayutthaya, Siam, somewhere between 1350 c.e. when the kingdom was formed and 1767 c.e. when the city was demolished by Burmese invaders, described and painted solid brown cats. These brown cats occur among royal Siamese, black and white bi-colors, and silver-blue Korats in the book.

In the 1890s, self-brown cats were presented in Europe, and the Swiss Mountain Cat was one of the names given to them. These vanished after WWII, with the most likely cause being that the Siamese Cat Club of Britain prohibited breeding. The Swiss Mountain Cat was never employed in modern Havana Brown breeding efforts. They do, however, have DNA in common with Siamese. 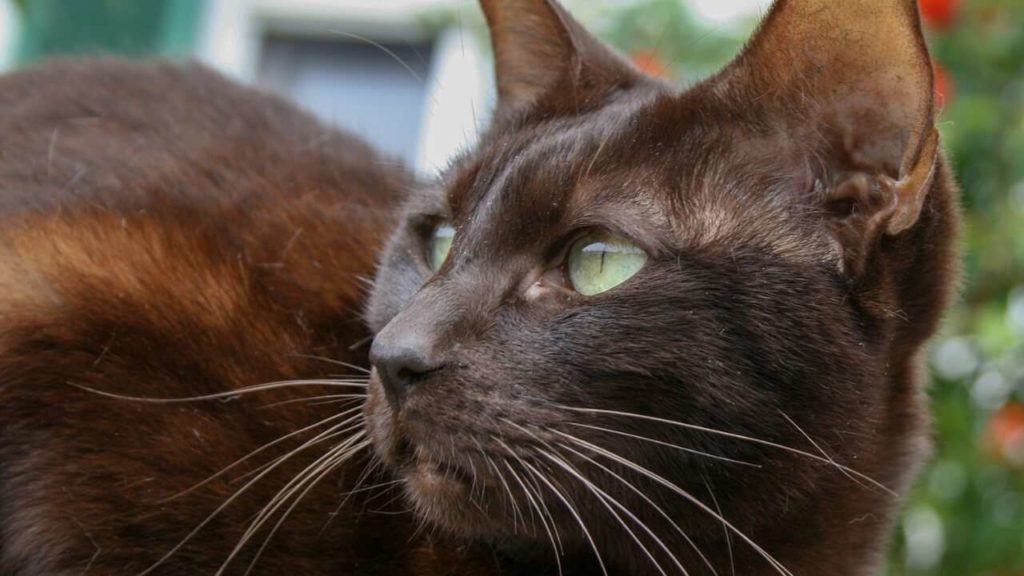 The Siamese thought the burnished brown cats were exceedingly attractive and that they protected their human companions from evil. In the late 1800s, solid brown cats were among the first felines to arrive in England from Siam (now Thailand). “Siamese, with burnished chestnut coats and greeny-blue eyes,” according to early reports.

These imports are thought to represent what is now known as Burmese, a chocolate point Siamese, Tonkinese (Burmese/Siamese hybrids), and Havana Browns, rather than being of the same genetic type. It’s difficult to differentiate one from the other based on descriptions alone. During the late 1800s and early 1900s, solid brown cats were displayed in Europe.

The club regrets it is impossible to encourage the breeding of any but blue-eyed Siamese, the Siamese Cat Club stated in 1930. As a result, solid brown cats with blue eyes were barred from the competition and the cat fancy died out. When a group of English breeders determined that brown was still attractive in the early 1950s, self-browns made a reappearance.

These breeders investigated chocolate gene inheritance independently and then together before beginning a breeding program with Siamese, domestic shorthairs, and Russian Blues. The breeders wanted to create a solid-colored cat with the Siamese’s chocolate point coloring rather than the Burmese’s sable coloration. Other than the Siamese, the Abyssinian and Russian Blue were the only foreign breeds recognized in England at the time.

In 1952, England saw the birth of the first solid chocolate cat. The black cat was the result of a cross between a black cat and a seal point Siamese. Bronze Idol has to inherit the recessive gene for chocolate colour from both parents in order to express the feature.

The first Havanas arrived in the United States in the mid-1950s. The Havana Brown was first recognized in 1959, and the CFA conferred championship status to the breed in 1964. The gene pool in North America was closed in 1974, which many breeders felt was far too early in the breed’s development, given the breed’s rarity at the time. Havana Brown numbers were dropping by the early 1990s, and mating closely related cats became required because there were no unrelated cats available.

The Havana Brown Cat Breed is a well-balanced, medium-sized, muscular short-haired cat with a medium-length body. Animals that have been sterilized have a tendency to grow larger and obese. In comparison to other short-hair cat breeds, they are a moderately active breed. The eye color must be green and the whiskers must be brown. The head should be slightly longer than it is wide, but not wedge-shaped. The nose/muzzle should come to a halt and change direction at the eyes in profile. 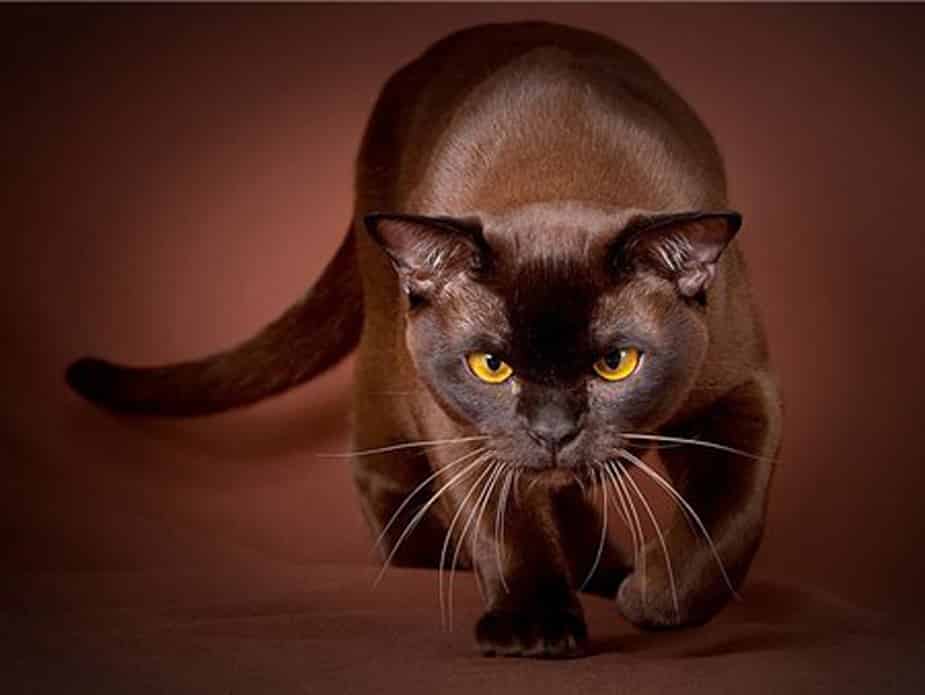 Pink or rose-colored paw pads are required; black paw pads are not permitted. Ears are typically medium in size. Males are often larger than females, with an average weight when compared to other breeds. The height ranged from 12″ to 14″, the body length from 12″ to 16″, and the weight from 6 to 10 pounds. Short and smooth, with a very soft texture, the coat should be. With their magnificent chocolate coats and sparkling green eyes, these kittens are truly stunning. A Havana Brown is unlike any other cat.

Havana Browns enjoy sitting on their human shoulders and assisting with everyday routines. They enjoy playing with and grooming their hair. Havana Browns develop strong attachments to their families and do not thrive when left alone for extended periods of time. They are inquisitive and interactive, and they must be included in daily activities. It is not uncommon for Havana Brown to form close bonds with the household dog. 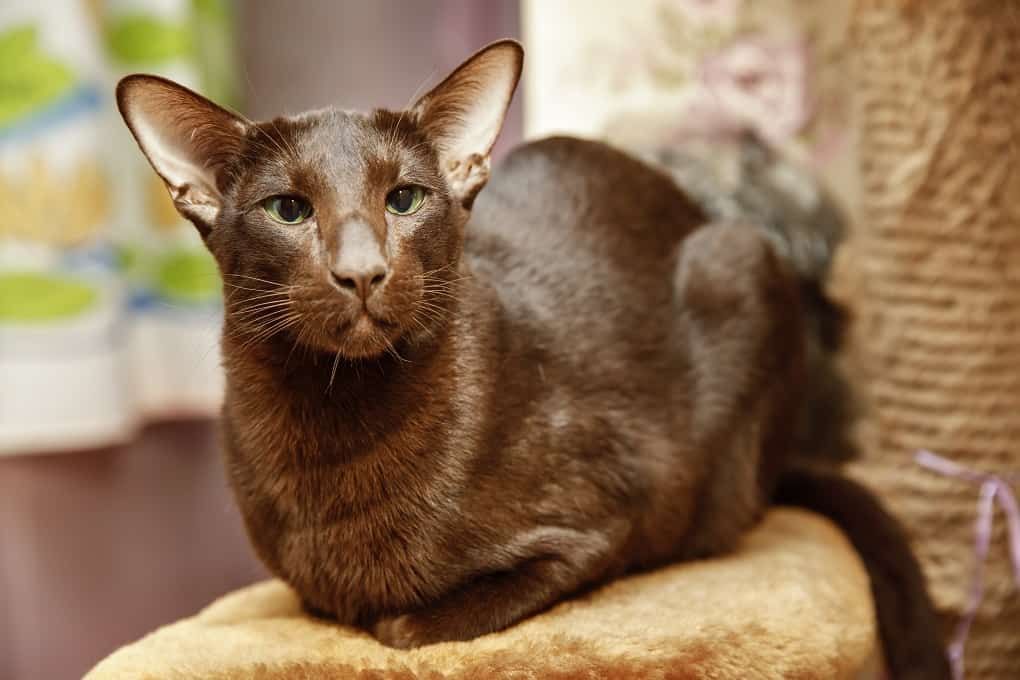 There is very little grooming necessary. Havana Browns will benefit from a gently brushing and wiping with a damp cloth once or twice a week, as well as a high-quality diet. Remove loose hair with a light brush once or twice a week to keep your cat looking its best. The usual life span is 12-15 years.