The Khao Manee cat, commonly known as the Diamond Eye cat, is a rare breed of cat from Thailand with hundreds of years of history. The Khao Manee has regal roots, having been nurtured by Thai royal families for centuries. It is a Thai cat breed that is related to the Siamese, Korat, and other Thai cat breeds.

The Khao Manee is referenced in the Tamra Maew, or Cat Book Poems, among the Siamese cat breed and other coat-colored cats native to Thailand, or Siam, as it was once known. These cats have a pure white coat that is short, silky, and nearer.

The Khao Manee, like other exotic colored cats such as the Siamese, was reportedly first owned and developed by Siam royals. Thai breeders are promoting and breeding the Khao Manee in order to preserve the breed’s lineage and standard. Colleen Freymuth introduced 12 Khao Manee cats to the United States in 1999, making them the first breed of cats to come to the United States. 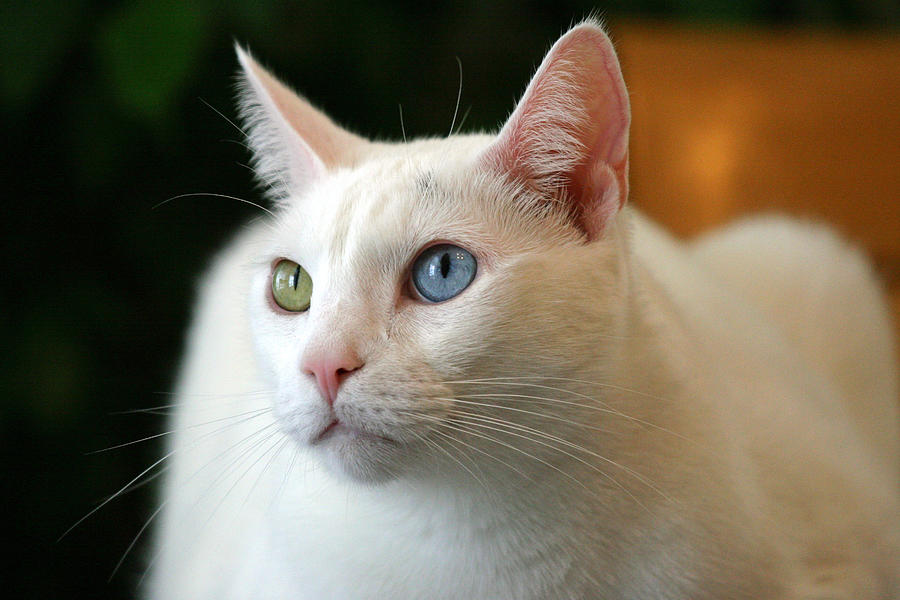 In 2004, she was joined by Frédéric Lachaud-Goedert, who started a new breeding program in France. They tried to have the breed recognized in all of the world’s cat registries with the support of Janet Poulsen, a major contributor to the breed’s establishment. They are currently the world’s most endangered feline breed.

The name of the breed means “White Gem” in English. According to legend, the Khao Manee was kept in Thailand until 1999, when a breeder called Colleen Freymuth chose to bring the cat to America. The Cat Fanciers Association (CFA) and the International Cat Association (TICA), both of which use the breed spelling Khaomanee, recognize the breed.

The Khao Manee is a medium-sized cat with a slim figure. They have huge perky ears and are white kitties. They are muscular, athletic cats with a modest foreign type who are energetic, communicative, and intellectual, according to legend. Blue eyes, gold eyes, or odd eyes with one of each color are all possibilities. The odd-eyed cat is the rarest of the Khao Manee varieties. The majority of this breed weigh between eight and ten pounds. When completely developed, they’re normally ten to twelve inches long. This breed is a white cat that lives in Thailand. The breed’s basic white coat also draws attention to their eyes, making them shimmer. 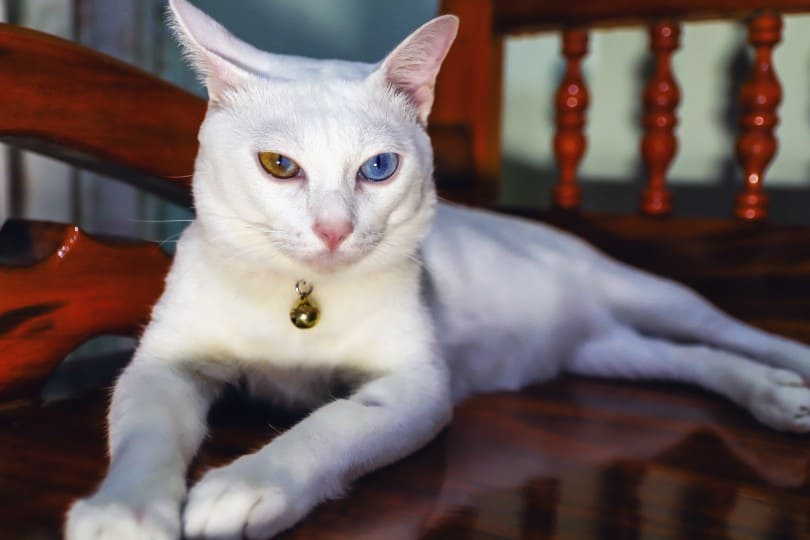 They are loyal to their masters and inquisitive, bright cats with a persistent sense of mischief. They are curious cat who enjoys playing fetch with you before cuddling up with you for a nice snooze. The Khao Manee, also known as the “White Gem,” was supposed to be highly wanted by the Thai monarchy and is said to bring good luck to anyone who had one. Because this is a kitten who will always want to seek out friends and urge them to start another playtime session, the breed is ideal for households with children or other pets. Because loneliness is a problem for some cats, they thrive in lively and active households.

The Khao Manee is happy to cozy up on your lap for a nice hug in between exploration and play activities. The gregarious Khao Manee cat requires a lot of interaction and attention from its human family; this is not a breed that can be left alone for lengthy periods of time every day.

Khao Manee is an active cat who enjoys climbing and exploring new places. Provide exciting toys like feather wands, balls with bells, fuzzy mice, and puzzle toys for your Khao Manee to climb and perch on, such as cat trees or towers. Playing fetch is said to be a favorite pastime of Khao Manee. The sleek short coat of the Khao Manee cat sheds only lightly and is easy to maintain. Brush the coat once or twice a week to eliminate stray hair and keep it shiny and supple. Every few months, give the coat a bath to keep it feeling, looking and smelling good. Use a brightening shampoo formulated specifically for white cats to keep the coat dazzling white. 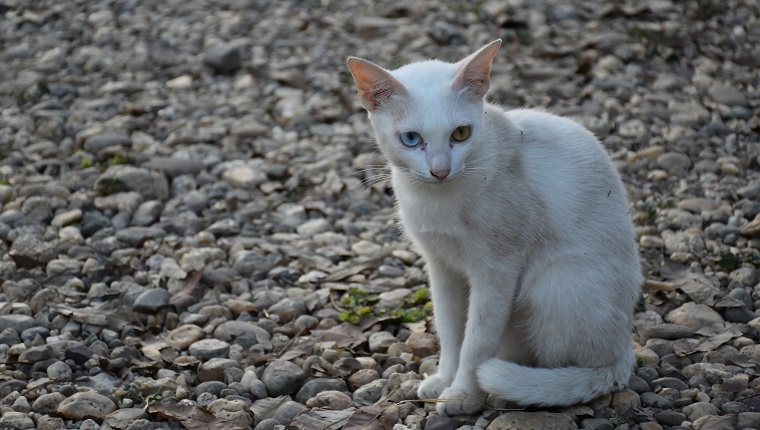