The Lambkin cat, also known as the Nanus Rex, is one of the world’s rarest cat breeds. It is thought that this breed was formed in 1991 when Terri Harris, an American cat breeder, crossed Selkirk Rex cats with Munchkins to produce a short-legged cat with a curly rex coat. This was possible since the coat and leg genes were dominant and would be passed along to all kittens.

This kitty is one of several dwarf breeds since it is a crossbreed with the Munchkin. Some had the ruffled fur of the Selkirk Rex, but their legs were normal length; others had tiny Munchkin legs, but straight fur. A few kittens with rex coats were born with short legs. 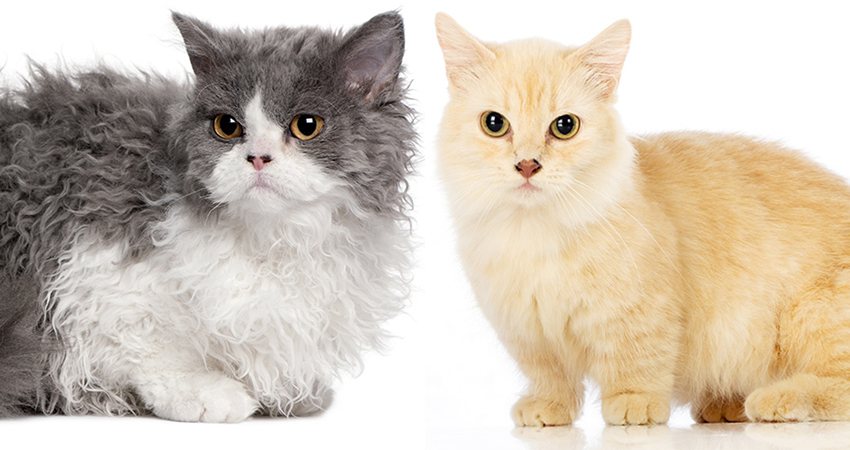 Lambkin cats are now considered a tentative new breed by the International Cat Association. It’s been a long journey to acceptability in the cat world since some people believe that breeding tiny cats is cruel. Lambkin cats, like their Selkirk Rex forebears, have a curly coat due to a gene mutation. It’s not like the other Rex breeds.

Lambkins’ tiny legs, which they inherited from Munchkins, landed breeders and Lambkin owners in the heart of a long-running debate over pedigreed dwarf cats. The Lambkin/Selkirk Rex genetic variant is like the Rex gene, but it’s imperfect. This implies that each Lambkin cat has its own distinct fur style, which can range from a tight curl to loose waves.

The cat’s head is shaped like a smooth rounded wedge, with noticeable whisker pads and high cheekbones. Due to the obvious rex gene, the whiskers are curly. The ears of a lambkin are form-fitting and positioned wide apart. They have a broad base that tapers to gently rounded points. Ear tufts can be found on some Lambkins. The body of a lambkin cat is moderately long and round, with a broad chest. 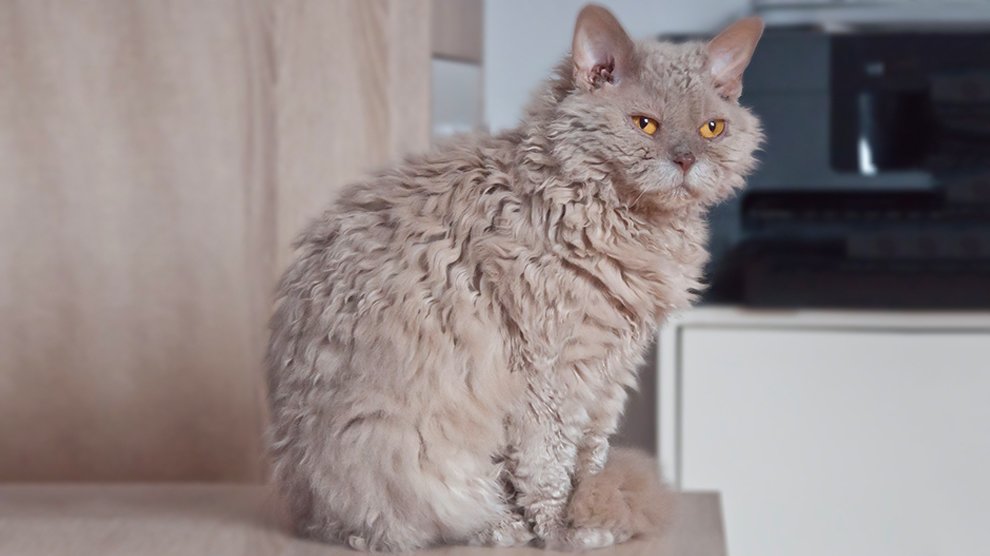 The first thing you notice about a Lambkin’s face is their bright copper, blue, green, or amber eyes. Lambkin’s eyes are large and almost totally round, set wide apart, providing Kitty an eager, curious aspect that’s emphasized by a short, strong chin and pronounced whisker pads. Lambkins’ eyes are not affected by their fur color.

The Lambkin cat is symmetrical and proportioned in every way. The tail is lengthy and fluffy, nearly as long as the body. It depicts long-haired Lambkins with plumes. The legs are short and sturdily constructed. The Lambkin’s back rises beautifully from the shoulders up because the hind legs are longer than the forelegs. Lambkin fur is silky and soft. The coat of an adult cat is wavy on all three levels, with clumps of waves that stand out all over the cat’s body.

The fur of the short hair is actually medium length, measuring 1 to 2 inches in length. It’s thick and gives shorthaired Lambkins the appearance of cuddly toys. Individual curls are notably noticeable on the neck and tail, but the coat is uniformly long across the body. The Lambkin can come in a variety of colors. In fact, these cats come in almost every color and pattern imaginable for domesticated cat species.

The Selkirk Rex’s forgiving, mellow demeanor has been passed down to Lambkin cats. They are laid-back and get along with visitors as well as resident pets, including dogs. Everyone will want to touch Lambkins’ lovely fur, so it’s a good thing they’re outgoing. These gentle felines adore being around people, especially children. Rather than associating with one or two people, your Lambkin will most likely get along with everyone.

They won’t hesitate to approach you and give you a gentle nudge. Lambkins are less hyperactive than other rex breeds, making them less stressful to have around. They accept life as it is, but they also have a sense of humour. 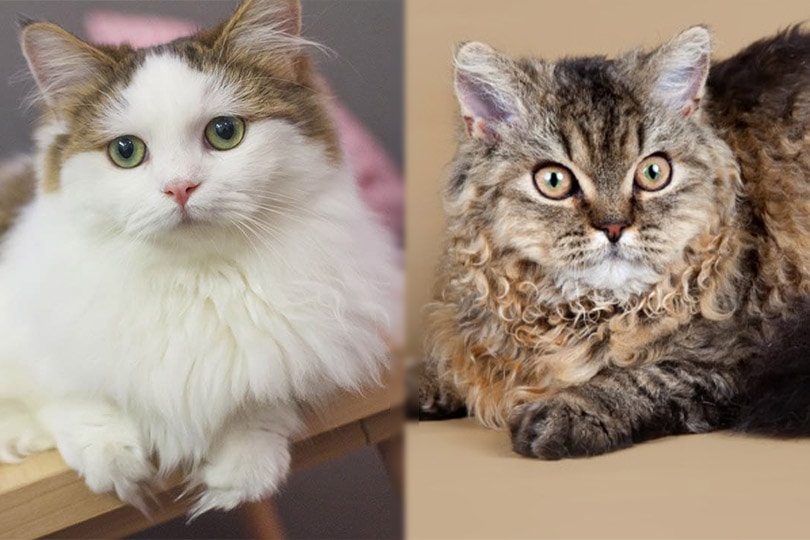 Your Lambkin cat may have straight hair or possibly no fur at all when it is young until it matures into its adult coat. After that, the coat should be brushed and combed on a regular basis. Lambkins have dense coats, but they don’t shed much except in the spring and fall. It’s not as tough as you may imagine to groom them. The goal is to eliminate debris and dead hair while not overly relaxing the natural curl.