The Petit Basset Griffon Vendéen, or PBGV, is a scenthound dog breed designed to track hares in the Vendée province of France’s bramble-infested terrain. The PBGV, as it is known, is a historic breed with origins in sixteenth-century Europe. The breed is accurately described by its long French name: The breed is known as “Petit” or “PBGV” in the United States, “Roughie” in England, and “Griffon” or “Petit” in Denmark. Petit (little) Basset (low) Griffon (rough-coated) Vendéen is the place of origin in France.

This area on the west coast of France was densely forested, with thick brambles, underbrush, and rocky terrain, necessitating a dog with a coat that could withstand thorns and brambles, short legs that allowed the dog to wind his way through the underbrush in pursuit of rabbits, and nimbleness to run over rocks and logs without tiring. 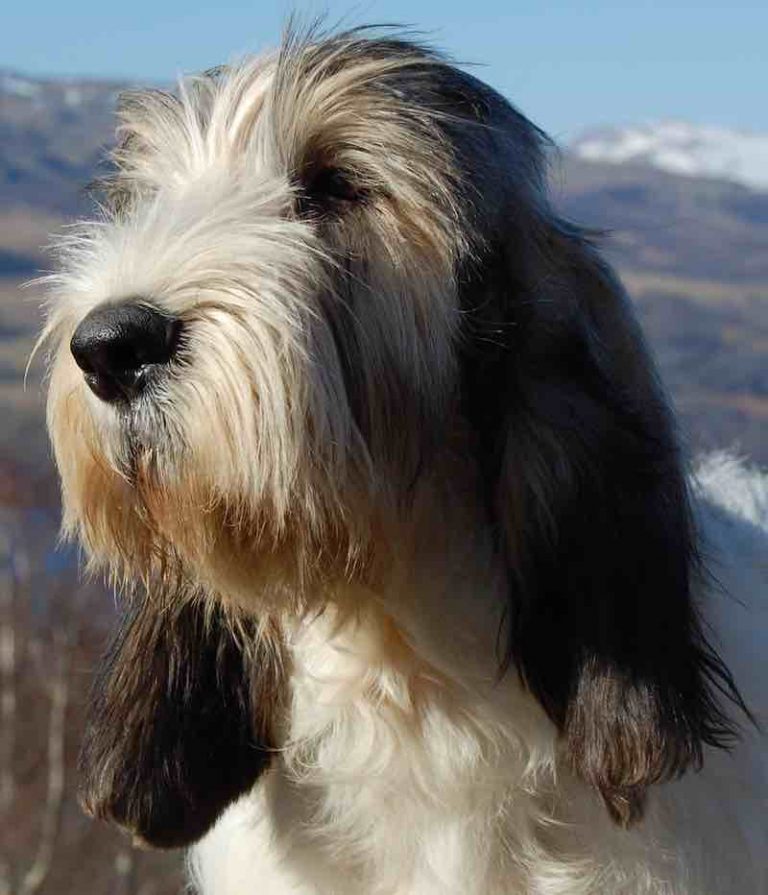 The PBGV was presented with the Basset Hound as a wire-coated variant in England in the mid-1800s, but the PBGV is a longer-legged, more agile hound. Until the 1950s, the Griffon Vendéen was considered a single breed with two sizes in France. The AKC recognized the PBGV in 1990, and since then, the PBGV has gained a slew of new fans thanks to its jovial demeanor and carefree appearance.

Paul Dezamy, president of the newly formed Club du Basset Griffon Vendéen, established a standard for the breed in the early twentieth century. However, because both the Grand and Petit originated from the same litters at the time, they were included in this early standard.

The two sizes of the “Basset Griffon Vendéen” were ultimately acknowledged in a 1909 standard: a 13-15 inch and a 15-17 inch. The PBGV did not earn its own standard and was not recognized as a separate breed until the 1950s, however, interbreeding between sizes was permitted until 1975, when Hubert Dezamy, the club’s third president, put a halt to it.

The skull is conical, with the drop, oval ears, as seen in many hounds, however, dogs’ domes are taller than those of bitches. The ears are hung low and should reach the tip of the nose if pushed out. The tail is often carried upright and is long and tapering at the end, resembling a saber in appearance.

They are strong canines that appear rough and unrefined while remaining relaxed. Short legs, a strong bone structure, and a body that is just slightly longer than it is tall at the withers characterize them. The dogs have a rough double coat that is both long and rough, giving them a tousled appearance. Hair on the face and legs is likely to be softer than the hair on the torso. 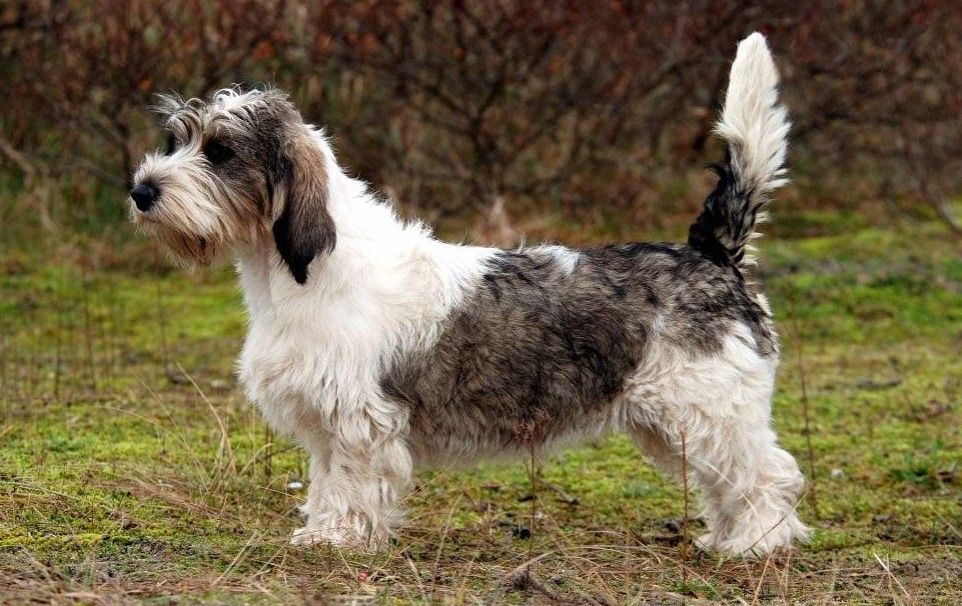 The facial fur is shaped like a beard and mustache. Their eyelashes are normally very lengthy. The color is generally white, with spots of orange, lemon, black, grizzle, or sable, and tan accents on occasion. They might be bicolor, tricolor, or grizzly in appearance. Males and females should be around the same size, with withers between 12.5 and 15.5 inches and weighs between 25 and 40 pounds.

This breed is known for getting along with both other dogs and people. When their ‘group’ starts howling or singing, the dog will join in, which can be funny. PBGVs can howl alone or with a friend; they can howl to music, for fun, or express their displeasure at being left alone. Petits are outgoing, amiable, and self-sufficient hounds.

The breed is headstrong and independent, with a proclivity for digging and barking. It is a happy, inquisitive, tough, and active dog who is always looking for adventure and fun. This dog enjoys sniffing, exploring, trailing, and digging.

Petits, like other hounds, can be resistant when it comes to training. Despite this, it is not uncommon to see PBGVs excel in agility, obedience, and the ring, all of which require training. Petits make excellent therapy dogs because they are so outgoing, cheerful, and upbeat. To burn off surplus energy, they should go for daily walks or spend a lot of time playing in a wide, fenced yard. 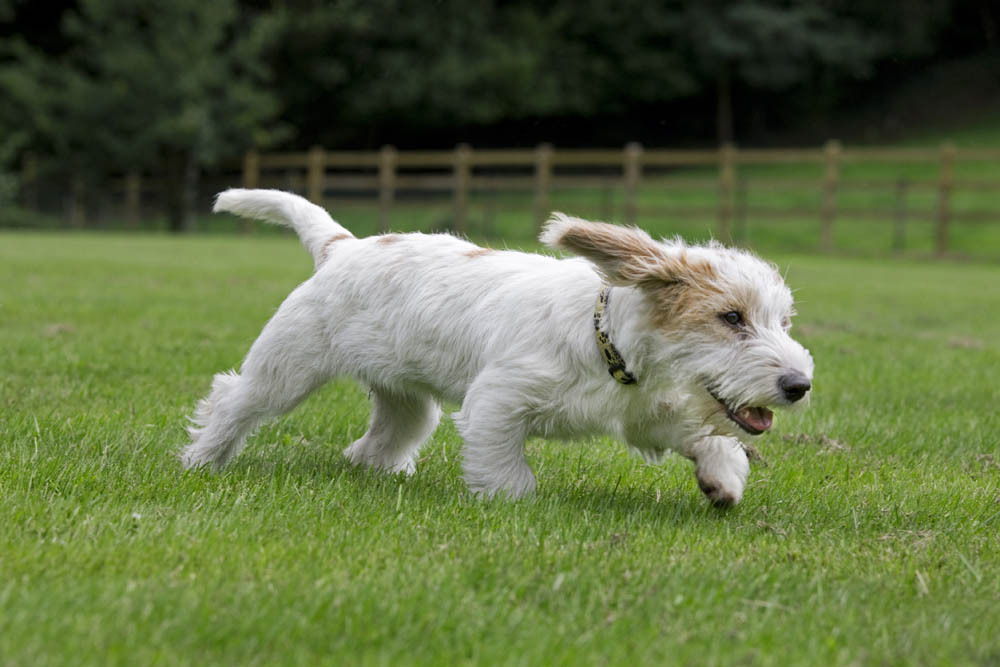 A good leash walk or a lively frolic in the yard, on the other hand, will easily meet this dog’s activity needs. Weekly brushing and occasional tidying of stray hairs are required. It is necessary to strip the coat on a regular basis to keep it well kept. To avoid matting and tangles, they should be brushed on a regular basis, but not every day.

Persistent pupillary membranes, recurrent ear infections, hypothyroidism, neck pain, and epilepsy were the most prevalent disorders mentioned. They may have an eye issue later in life. The usual lifespan is 11 to 14 years.