The Weimaraner is a huge dog that was developed in the early nineteenth century as a hunting dog. Royalty utilized early Weimaraners to hunt large animals such as boar, bear, etc. Weimaraners were used to hunt smaller species like poultry, rabbits, and foxes when the popularity of great game hunting declined.

In the 19th century, the Weimaraner was preserved in the Weimar palace and had a lot of Leithound ancestries. According to some theories, they are descended from Chien-gris dogs or the St. Hubert Hound, a descendent of which is the Bloodhound. The Weimaraner was originally used by Germany’s Grand Duke Karl August to hunt big games but as Europe’s population of the big games declined, the Weimaraner became a point-and-retrieve hunter of small game. In the late 1920s, the breed arrived in America, and its popularity grew in the 1950s.

The Weimaraner is a gun dog that can be used for a variety of tasks. The name stems from Karl August, Grand Duke of Saxe-Weimar-Eisenach, whose court was located in Weimar. Speed, stamina, amazing sense of smell, great eyes, courage, and intellect are all characteristics of the Weimaraner. Because of its ghostly coat and eye color, as well as its covert hunting manner, the breed is commonly referred to as the “gray ghost” of the dog world.

A Weimaraner appears to be a robust and athletic dog. At the withers, the male Weimaraner stands between 59 and 70 centimeters tall. Females range in height from 57 to 65 cm. Males often weigh 30–40 kg. Females weigh between 25 and 35 kilograms. The tail is docked

The webbed paws of Weimaraners indicate that they are excellent water dogs. The Weimaraner’s eyes can be light amber, grey, or blue-grey. The short coat and unique eyes of this breed give it a regal aspect. The coat is exceptionally low-maintenance, short, firm, and smooth to the touch, and it comes in a variety of colors, including charcoal-blue, mouse-grey, silver-grey, and even blue-grey. 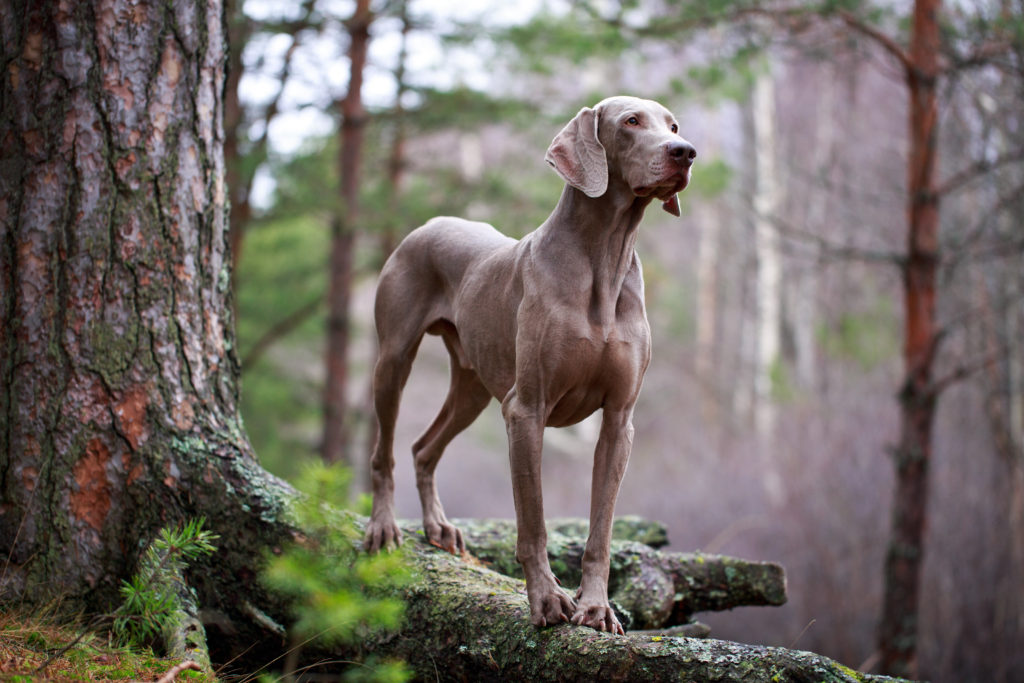 The skin should be pinkish rather than white or black where the fur is thin or non-existent, such as inside the ears or on the lips. Because this breed lacks an undercoat, it should be kept out of the cold. Despite their short coat, this breed sheds.

The Weimaraner Dog Breed is an active hunting dog with a strong, instinctual prey drive, endurance, and stamina. It tolerates cats in some cases, but not always.

They have a lot of energy and need to be able to release it. They are well-rounded hunting dogs who excel in both land and water hunting, tracking, pointing, and retrieving. The Weimaraner is a breed that is particularly people-oriented. They have a great willingness to work and live with their owners, making them an excellent breed for new hunters. 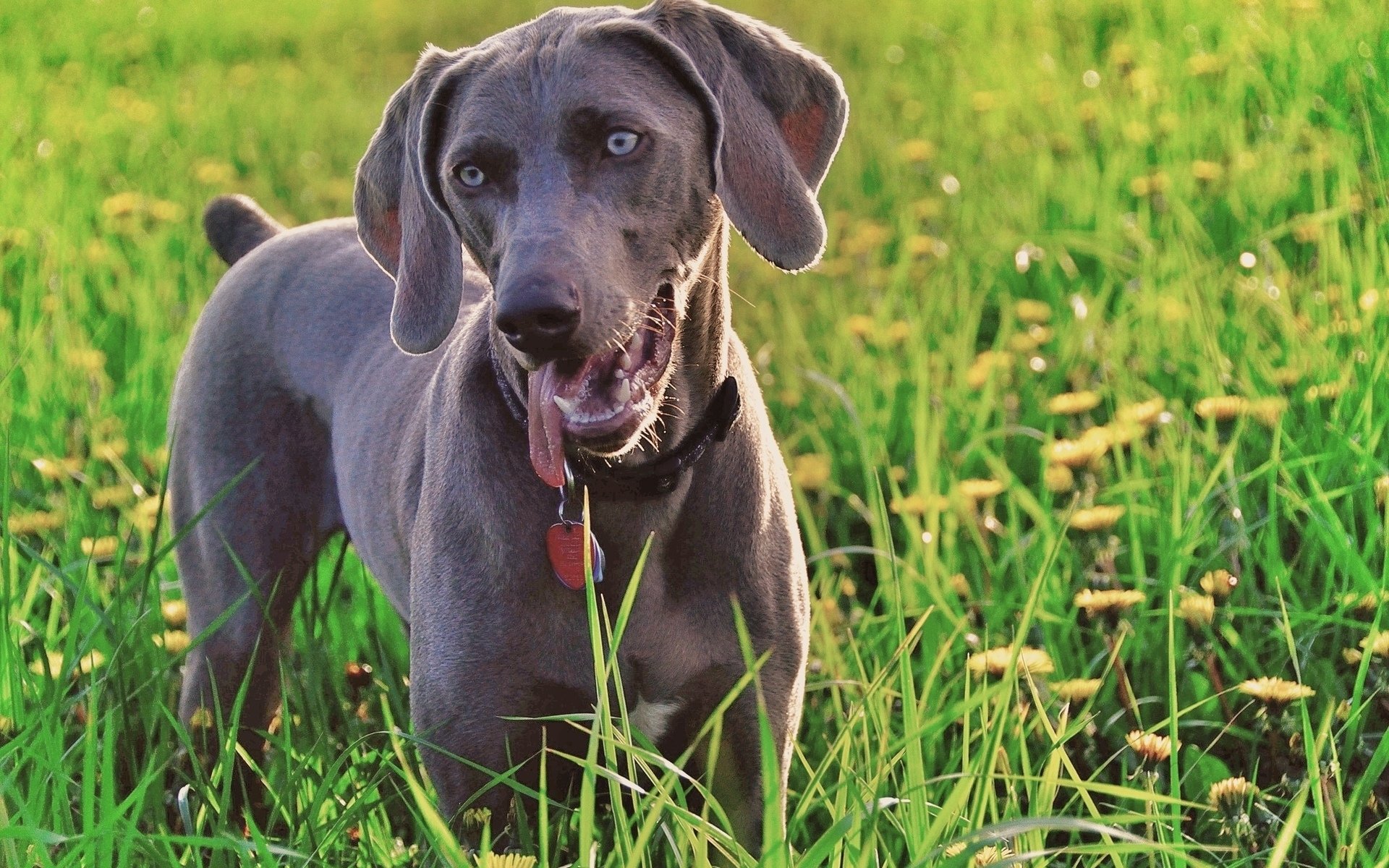 They are not a self-sufficient breed; they prefer to be with their owners and should never be left alone. The breed may experience significant separation anxiety as a result of this. Panic and excessive drooling are two symptoms of this issue, as are destructive behaviors and harm.

They demand a lot of exercise and enjoy playing games. Active owners are more likely to give the necessary intense exercise and games. Learning to be calm and manage its behavior, requires proper training. 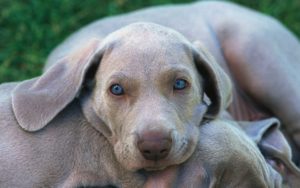 When training to hunt, it’s important to use a delicate touch, and it’s typically preferable to learn from a seasoned hunting dog. Their coat requires only a light brushing to eliminate dead hair.

They are prone to bloat or stomach torsion as a deep-chested dog, which is a serious illness that can lead to agonizing and rapid death if left untreated. Weimaraners are prone to skin allergies, elbow dysplasia. They can live for 10 to 13 years on average.