Although this Belgian draft horse is an older breed, these horses improved significantly around 1880. Although no credible evidence supports this hypothesis, Belgians may have had destriers forebears in the Middle Ages. The Brabant was originally the foundation stock for the Belgian. The Cheval de trait Belge, Brabançon, and Belgisch Trekpaard are other names for the same breed.

The Belgian and the Brabant were practically the same breed until the 1940s. Following WWII, the Brabant was carefully bred in Europe to be thicker built and heavier, whilst the Belgian was bred to be slightly taller and lighter-bodied in the United States. The horse’s primary function was as a farm horse.

It is one of the most powerful heavy breeds, hailing from the Brabant region of modern-day Belgium. one of the oldest European breeds that have influenced the creation of a number of other equine draft breeds The Flemish “Great Horse” of the Middle Ages is thought to be the forerunner of the Belgian Horse.

During WWII, the flow of Belgians to the United States halted, with Erwin F. Dygert moving the last Belgians out of Europe as the war began. In Wabash, Indiana, in 1887, the American Association of Importers and Breeders of Belgian Draft Horses was formed to register and track all Belgian Draft Horses. The Belgian draft horse is now the most common breed in the United States.

In the 18th century, the Belgian Horse’s official studbook was published. There were three varieties of Belgian horses till the beginning of the twentieth century: “Grey Horse of Nivelles,” “Colossal Horse of Mehaigne,” and “Big Horse of Dendre.”

The Belgian Draft Horse is the largest and tallest horse in the draft equine breeds, as well as the most powerful and strongest. The head is quite tiny and well-formed. Belgians in North America are not as tall as those in Europe, but they have a comparable frame. The majority of Belgians in the United States are light chestnut with a flaxen mane and tail. The Belgian is with a height of 66 to 68 inches. The Belgian grows to a weight of slightly more than 900 kg on average.

Its head is described as square and light, with eyes that are pleasant and smart in expression, and its face is either somewhat concave or straight. It also has a strong and short neck, as well as a small and deep body. The back is broad and short, and the legs have medium to heavy feathering and are sound, lean, and muscular. This horse breed is also recognized for its big muscles, large bulk, and strong short legs. The body has a deep girth overall, yet it is short. In fact, of all the horse draft breeds, this one is noted for being the most compact yet huge, as well as the lowest set, widest, and deepest. 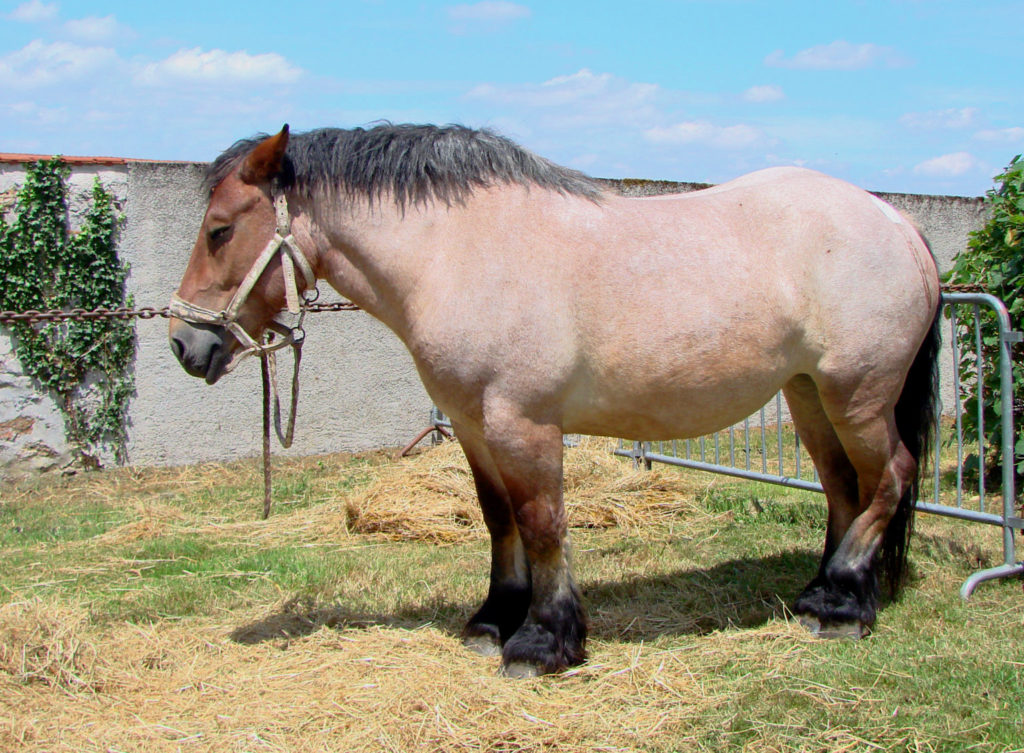 The Belgian draft Horse’s most prevalent colors are roan, black, bay, and chestnut. These horses, on the other hand, can be sorrel with white, as well as dun, red roan, and gray, with black points. With the wide range of colors available, the Belgian Draft Horse is most easily identified by its gorgeous sorrel color, whitetail and mane, four white stockings or socks, and white countenance characteristics. 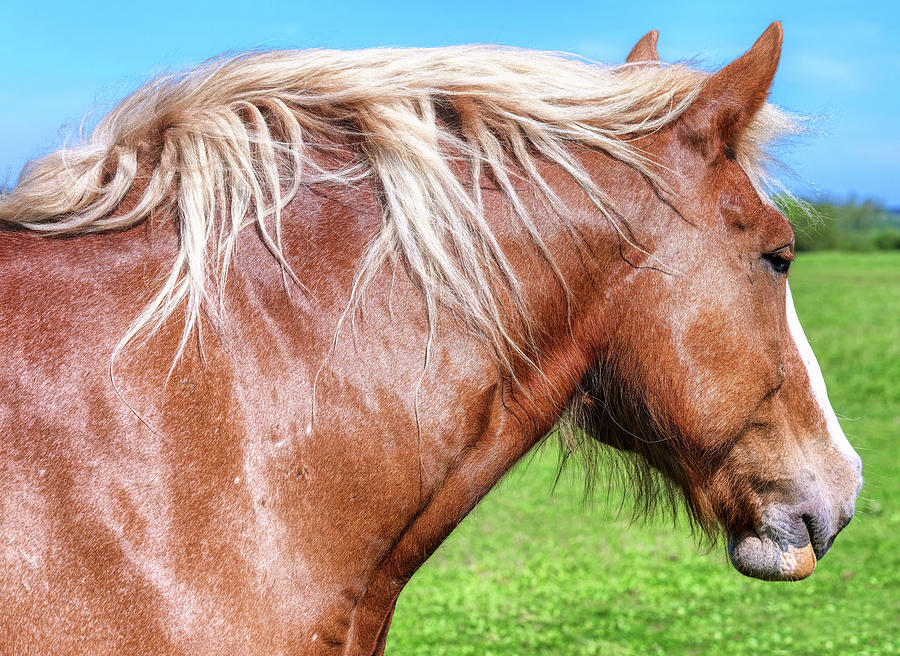 Belgians are still employed as working horses, but they’ve also grown in popularity as show horses and pleasure riders.