Robert Brooke sailed from England to Maryland in 1650 with a pack of hunting dogs that were the forerunners of various American hound breeds. This pedigree of dogs, known as “Brooke Hounds,” was passed down through the Brooke family for nearly 300 years.

The American Foxhound is a dog breed related to the English Foxhound. They’re scent hounds, developed to track down foxes using their sense of smell. French Foxhounds were given to George Washington. Many of Washington’s dogs were descendants of Brooke’s, and when crossed with French hounds, they helped to create the modern-day American Foxhound.

The American Kennel Club initially recognized the breed in 1886. Walker, Calhoun, Goodman, Trigg, July, and Penn-Marydel are among the many diverse American Foxhound strains available today. Despite the fact that each strain has a distinct appearance, they are all classified as members of the same breed. Walkers make up the majority of show hounds, whereas Penn-Marydel hounds make up the majority of pack hounds, and hunters utilize a range of strains to suit their hunting method and quarry.

A slightly domed skull, long, huge ears, large eyes, straight muzzle, well-laid-back shoulders, a somewhat long back, fox-like feet, and a slightly curled tail characterize the American foxhound. They can be any color, even though they are generally tri-colored which are black, white, and tan. They are one of the most uncommon breeds recognized by the American Kennel Club.

A Foxhound’s legs are long and straight-boned. The chest of a foxhound is quite thin. It has a big, domed cranium and a long muzzle. The ears are large and positioned low on the head. The eyes are large and wide-set, and they are hazel or brown. 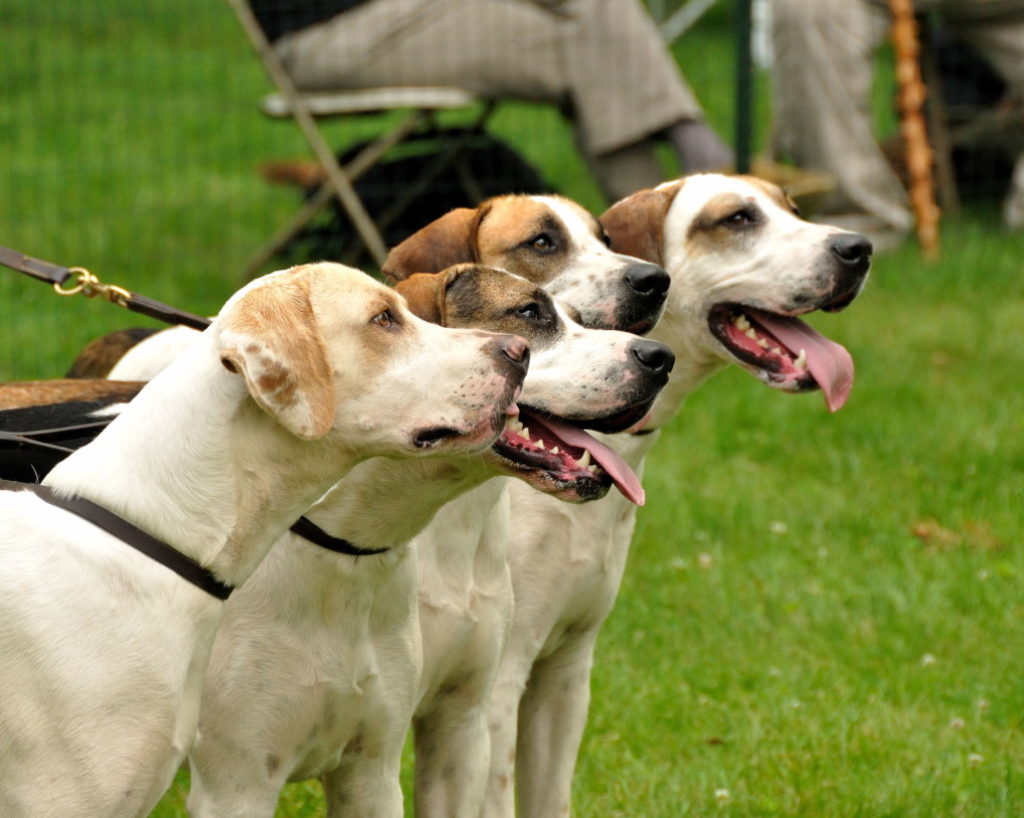 The American Foxhound stands about 21–25 inches in height at the withers and weighs between 25 and 32 kilograms; however, many of them are larger in size, with males towering 26–29 inches tall and females 25–28 inches tall and weighing between 20 and 29 kilograms.

The American Foxhound has a pleasant and placid personality. An ideal dog is calm and kind and gets along well with both children and perhaps other animals. When they’re with strangers, though, they can be quiet and reserved; it’s not uncommon for the American Foxhound to act bashful or frightened in unfamiliar situations. 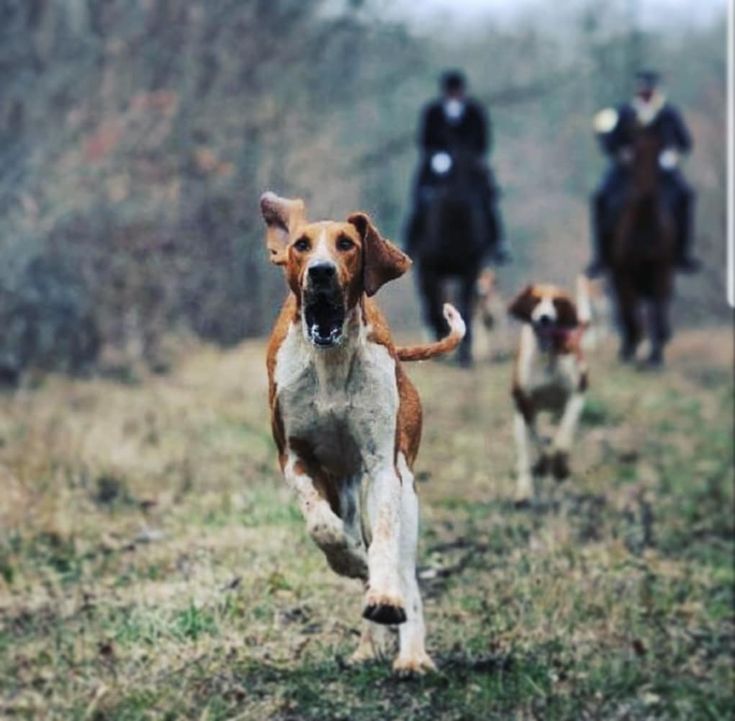 The normal style associated with any dog breed does not necessarily imply that the dog will exhibit such features. Once on the ascent, the Foxhound will eagerly follow it, disregarding any directions. This is a dog that barks and enjoys being outside, and it is not typically classified as a city dog.

Because of their autonomy and innate inclination to follow a smell, this breed requires obedience instruction. A Foxhound that takes up a scent will follow it while rejecting directions; because of the breed’s independence and occasional stubbornness, training requires patience and competence. The foxhound is not an excellent watchdog. Although American Foxhounds shed a lot of hair, a weekly combing will help to reduce shedding.

This is not a breed that is known for having genetic issues. Overfeeding, on the other hand, can quickly lead to obesity. Thrombocytopathy, or platelet illness, dysplasia, and eye infection are all minor health risks in American Foxhounds. The average lifetime of the breed is 10–12 years.