Anemonefish are small fishes that typically live in shallow water environments. Depending on the species, these fish can be yellow, orange, or red with white bars or patches. The anemonefish is a marine fish that can be found in the waters of Australia and other tropical areas around the world. 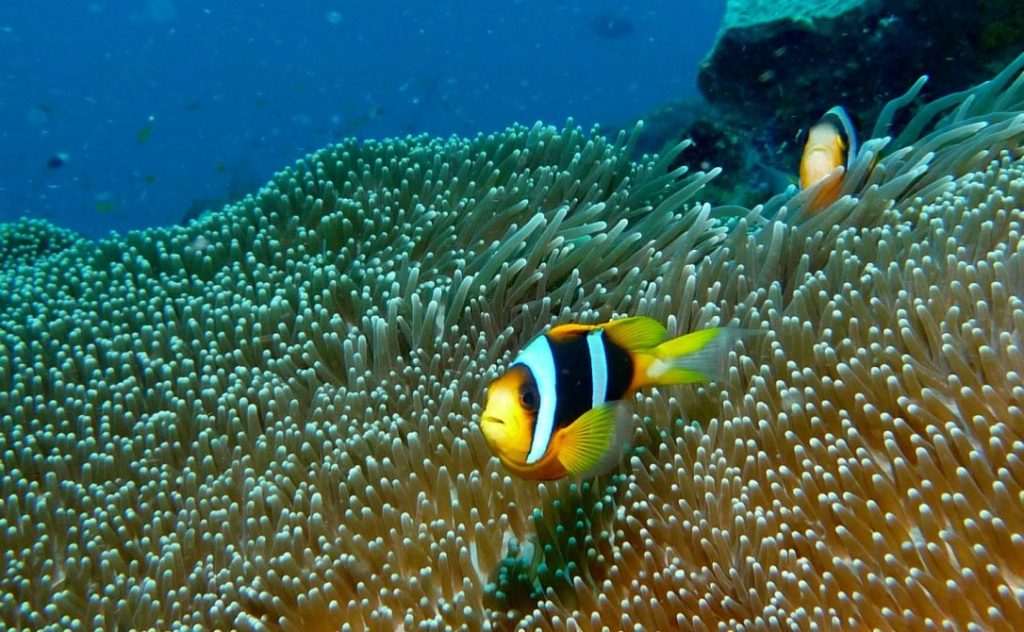 All anemonefish, including clownfish, are hermaphrodites. They start life as males and can turn into females if needed. According to National Geographic, the change is made when a male needs to mate with another male. The larger of the two will become female. The fish aren’t always able to make the transition from male to female back once the deed has been done.

They are social fish that are been led by one female who is the largest of the group. The second largest fish is a male who is dominant, while all other smaller fish are males. If the female dies, the dominant male becomes a female to replace her. The largest of the smaller males will then become the new dominant male of the group. Clownfish communicate by making popping and clicking.

Anemonefish are also known as clownfish because of their big head and big white lips. They are equipped with large, sharp teeth to crush the sea anemones they live in. The largest can reach a length of 17 cm, while the smallest barely achieve 7–8 cm.

The majority of clownfish are orange with three white bands on the head and body. The white bands are outlined in black. Their bodies are a bit more than 3 inches long on average, but they may grow up to 4 inches, according to the Animal Diversity Web. The tail is rounded and the dorsal fin is lined with 11 spines. 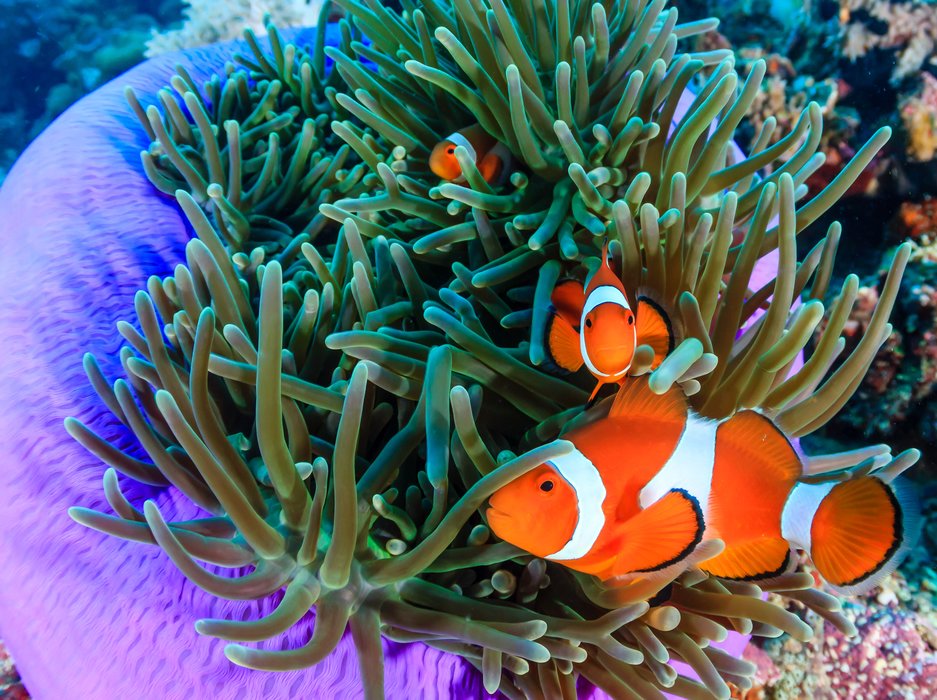 Anemonefish are a kind of tropical marine fish that live in the Indian Ocean, the Red Sea, and other areas. They have a wide distribution from Indonesia to Australia and from Japan to Madagascar. While some species have restricted ranges, others live over a large area. They typically live at the bottom of shallow seas in sheltered reefs or in shallow lagoons. 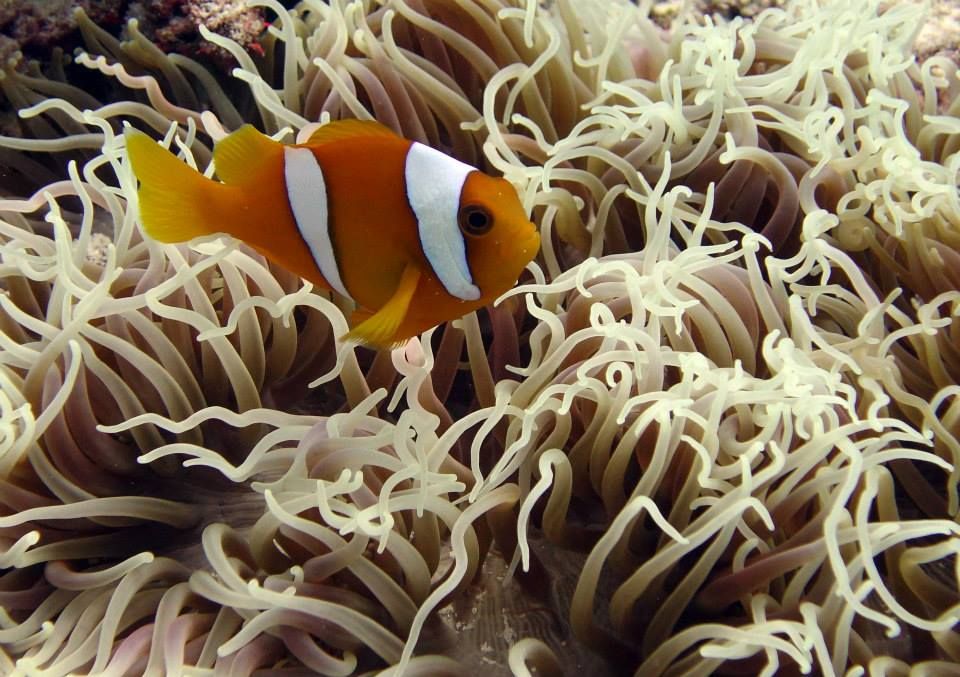 Anemonefish are omnivores and can feed on undigested food from their hosts, as well as the anemone’s waste. The waste from anemonefish provides nutrients to the host anemone. They primarily consume zooplankton from the water column, such as copepods and tunicate larvae, but some species mainly eat algae.

Anemonefish live in groups of few members. The largest and most aggressive female is found at the top of the dominance hierarchy. Only two species, a male and a female, in a group reproduce – through external fertilization. Anemonefish are protandrous sequential hermaphrodites, meaning they develop into males first, and then mature into female. 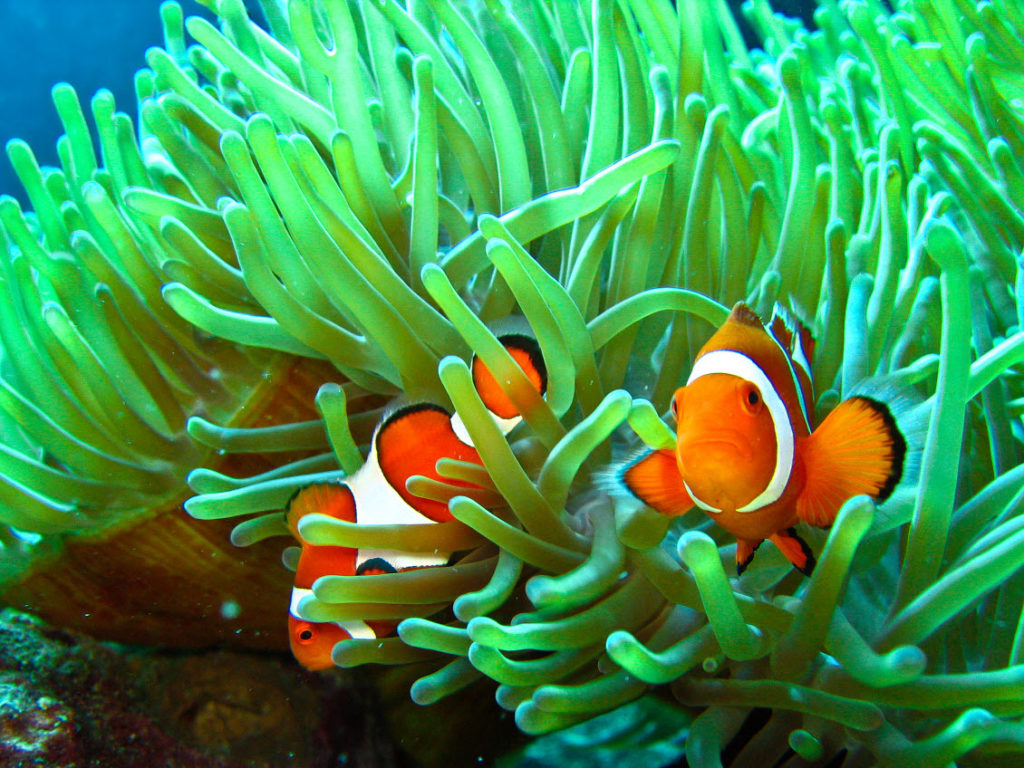 Anemonefish and sea anemones have a symbiotic, mutually beneficial relationship. Anemonefish are highly host specific, meaning they are only found in the waters of certain sea anemones. They also serve as protection for this fish, since the fish warn predators of their presence through warning colors which help them camouflage into their habitat.