This feline Arabian Mau, often known as the sand cat, is said to be a descendant of the African wildcat. It has been dwelling in desert regions in Qatar, Saudi Arabia, the UAE and Kuwait for over 1,000 years. Because they lived in arid places that were being urbanized, they sought out food and shelter near human populations. They used to walk from one street to the other.

The World Cat Federation (WCF) paid a visit to Dubai during the twenty-first century. Officials saw these cats and Petra Muller, who is based in UAE, organized a breeding program for them. She noticed their behavioral traits since long time and named them as “Arabian Mau”.

An interesting phenomenon is occurring in Egypt. Due to industrialization, the country’s desert regions are becoming urbanized and the cat population has declined due to industrialization. However, some cats have adapted by learning to live as street cats instead of living in homes or other shelters. These cats are called Arabian Mau Cats and they survive independently, adapting to their environments.

The word “Mau” is actually the Egyptian word for “cat,” and these kitties are active at night, preferring to sleep during the day just like their ancestors did in order to avoid the hot sun of the desert.

The Arabian Mau is medium-sized, with a firm body and well-developed muscles. It has long legs and oval paws, as well as an oval head, pronounced whisker pads, a firm chin, and slightly slanted eyes. The Arabian Mau’s typical build makes it agile enough to be a skilled hunter. The height of this breed is between 8-10 inches while the weight is a around 9-16Ib. 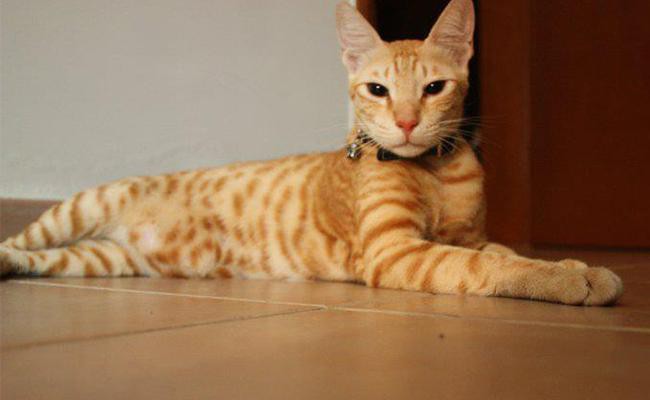 One feature that makes this breed stand out is its ears, which are large and pointed in order to help release excess heat from the body (very handy when living in the desert). The tail is also a medium length compared to the rest of the body, and it tapers towards the tip. Typically exhibit some combination of white, black, brown, and gray. They also appear in black, red, white and brown.

Arabian Mau cats are social and lively. In fact, they require loads of attention because they are so active. These cats thrive on playtime and enrichment. They need a way to release their energy, so these are cats that do best in homes where their owners will be able to provide them with plenty of attention and interaction. 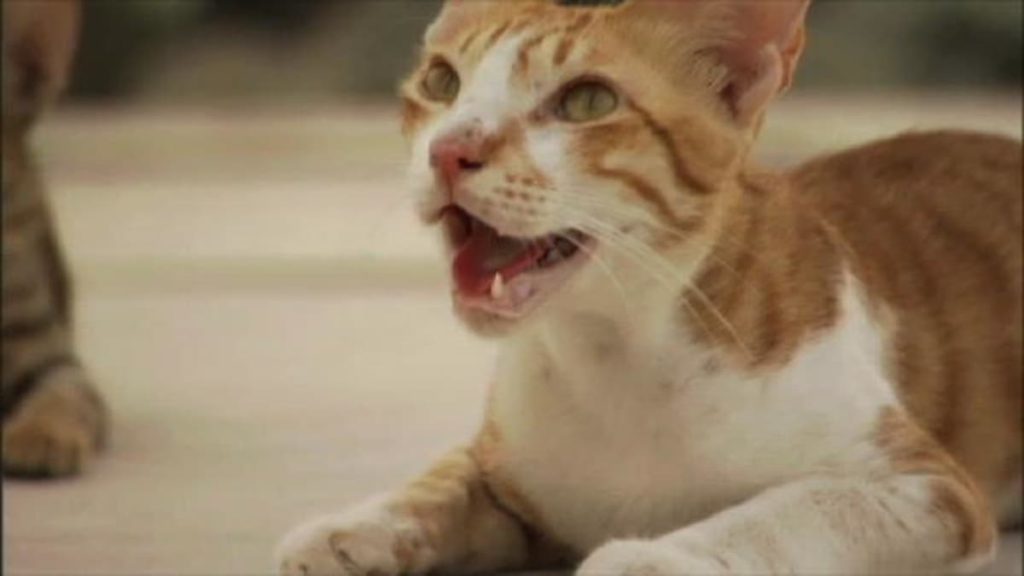 The Arabian Mau is a very territorial male cat that guards its area from other male cats. This curious breed will eat any food it is given, and because of their adaptability, they can get along well with others such as pet and children.

Arabian Mau is a moderately active cat breed, which needs daily exercise. It is recommended to give the cat a chance to jump and climb, as well as play with a ball. The Arabian Mau is a minimal shedder and does not require much grooming. Brushing its coat once a week will help to remove dead hair and keep the glossiness.

The Arabian Mau is a cat breed that is available in both long and short coat varieties. Their intelligence makes them an excellent pet for training. They can be taught to do tricks. It’s important to give them socialization and obedience training from an early age. 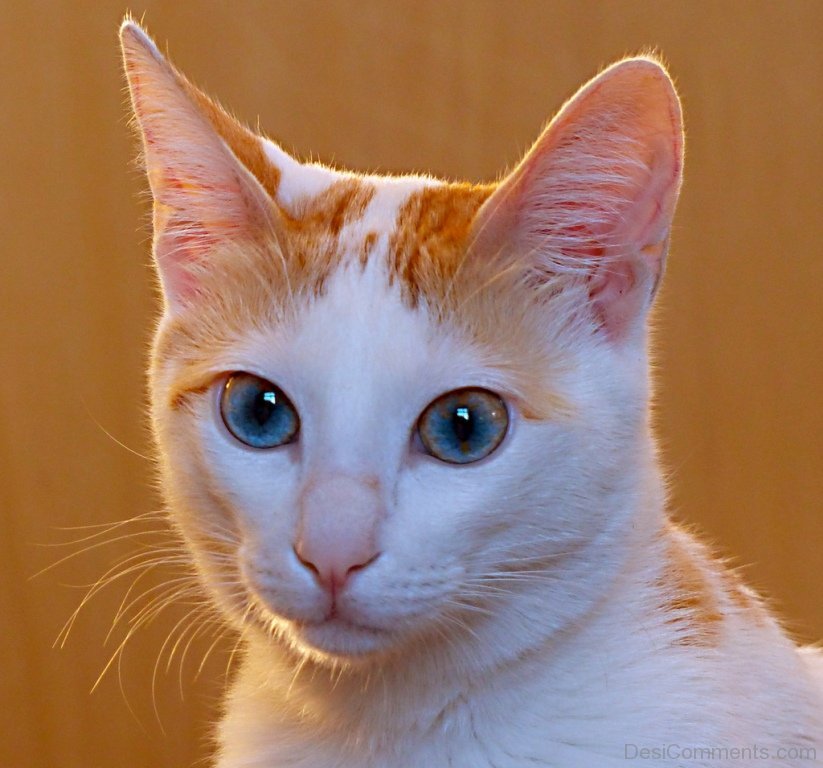 Mau, one of the most lovable cats, needs a proper diet to live its best life. These carnivorous felines need a balanced amount of protein, fat and carbohydrates. Providing them with a can of food once in a week is sufficient for their nutrition.  Encourage your Mau to drink fresh water so that he does not get sick or dehydrated. The average lifespan for this breed is between 13 to 15 years.