The existence of the Auvergne horse is suggested by records dating back to the 17th century, which describe a small, primitive mountain horse with an exotic build and a close relationship to eastern breeds. The “barbe auvergnat” was a renowned mount for cavaliers during Henry IV’s reign, and legend has it that the king’s famed white horse came from a farm in Barra, near Aurillac.

With the establishment of the French National Breeding Farm in the 17th century, Louis XIV attempted to improve the horse in the hopes of employing it in his cavalry. He used stallions of Turkish and Barbary heritage, as well as Frisian and Dutch stallions, to breed the horse. However, cross-breeding proved generally ineffective.

Throughout its history, this species has been interbred multiple times, resulting in several separate breeds with the name “Auvergne horse.” At the turn of the nineteenth century, a small riding horse is known as the “half-blood of Auvergne” was predominantly used by the cavalry, but it has since vanished. Before the development of modern highways, other Auvergne labor horses were employed as a source of transportation. 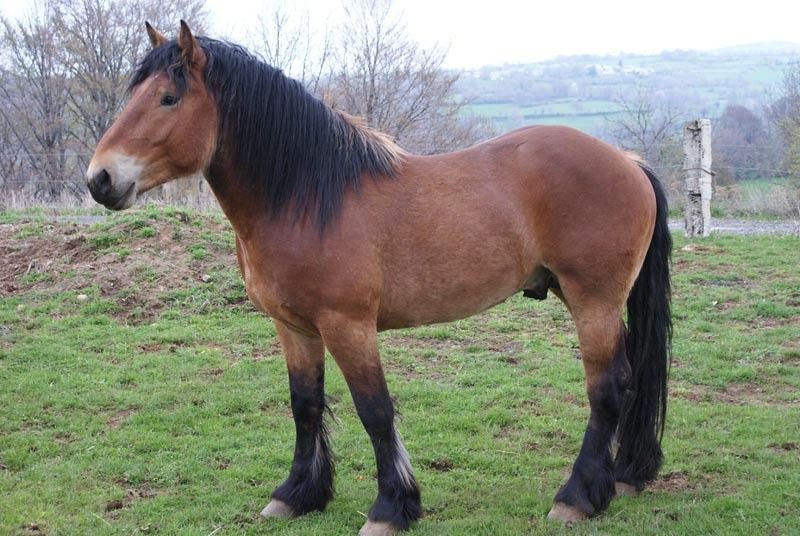 The labor horse was crossed to produce a light draught horse, which was the forerunner of the present Auvergne horse. The residents in the area used it for a variety of field chores. With the rise of motorized transportation in the 1960s and 1970s, the Auvergne, like most of Europe’s draught breeds, practically vanished.

In the eighteenth century, there was extremely low, reflecting the poor quality of the Auvergne horse population at the time. The Auvergne horse has had a bad reputation for a long time. As a result, at the end of the 18th century, these animals were described as heavy, sickly, and nerveless, with huge heads, large ears, and little necks.

Throughout the French Revolution, General Houchard established a regiment of light cavalry from Aurillac, which was mounted on Auvergne horses during the First Empire. At the period, Auvergne produced a large number of horses bred for commercial purposes, which were sold as young as four years old for saddling. Wars, on the other hand, resulted in the re-creation of the National Stud and the disappearance of the best horses.

The head is small and lively, with a round nose, well-open nostrils, a linear or moderately curved muzzle, bright and expressive almond-shaped eyes accented by thick eyebrows, a wide forehead, and short and movable ears. Light-headed people are well-liked. The neck is short and slightly round, with an arched back, and the shoulder is powerful and straight.

The withers are large and tend to be nodes, the shoulder point is open, the chest descends, and the flanks are rounded. The loins are short, robust, and well attached, while the back is short and wide. Croup is double, with a slight inclination but no twist. 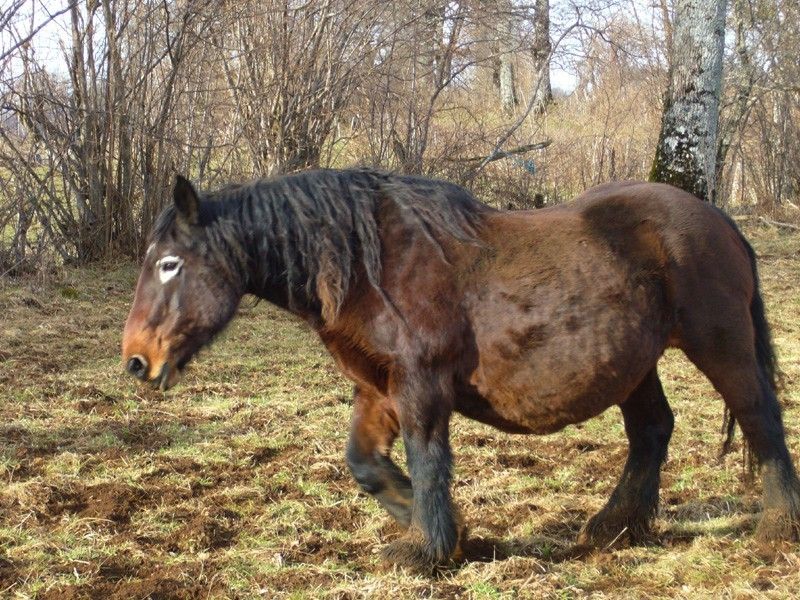 The legs look great enough for such a hussars horse, but they have short cannons, slender hocks, and round feet that are proportioned to the horse’s weight. Leg feathering is usually plentiful, but it can be sparse on occasion. The mane is thick, slightly wavy, and can be single or double, and the tail is thick and long.

The coat of the Auvergne horse is fine and can be bay in any color variation, including Seal brown. The black points are distinct and can be followed all the way down the legs. It stands 1.43 to 1.57 meters tall at the withers and weighs 450 to 650 kilograms on average.

The Auvergne horse is known for its capacity to carry a lot of weight, as well as being gentle and active, vivacious and certainly. It’s a gregarious, homely, and versatile horse. 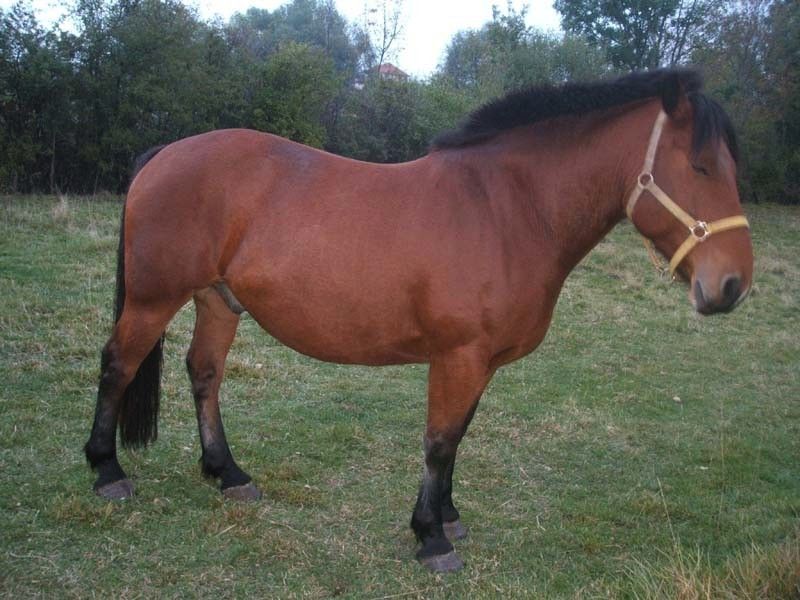 Because it is well adapted to the environment of the highlands, the Auvergne horse is utilized for equestrian tourism and pleasure riding in its home region. It can be used as a draft horse, a herding horse, a packhorse, a trekking horse, or a meat horse.