The Ballan wrasse is a ray-finned marine fish belonging to the Labridae family of wrasses also known as Labrus bergylta. It can be found in the eastern Atlantic Ocean, where it prefers to live in rocky places. It is protogynous hermaphrodite, like many wrasse species, with all fish starting out as females and certain dominant fish eventually becoming males. It is consumed as a food fish in some locations, and it is also employed as a cleaner fish in Atlantic salmon aquaculture in northern Europe.

Ballan wrasse is a frequent species in the seaweed belt stretching from the Swedish border to the Trondheim fjord, and many Norwegians fish from harbors in the summer. During the winter, the fish, on the other hand, migrate to deeper waters, roughly 200 meters deep.

Many kinds of wrasse live around the Norwegian coast, eating crustaceans, sea urchins, mussels, and snails. Wrasse is beneficial to other fish because they eat parasites. The Ballan wrasse is the largest species of wrasse. Ballan wrasse is most effective when the weather is warm. During the winter, when temperatures are lower, they struggle because they go into hibernation.

This fish is renowned as a kind of seafood throughout the Orkney Islands, off Scotland’s north-east coast, and in Galway, Ireland’s west coast. Sport fishers also make use of them.

The Ballan wrasse is a huge, heavy-bodied species with a massive head and a rather deep body. It has a smaller mouth with thick, fleshy, wrinkled lips surrounding it, and its jaws are armed with a single row of robust teeth that are acute and sharp in small fishes but blunter and much more worn in adult fish. They are Protgynous hermaphrodites. 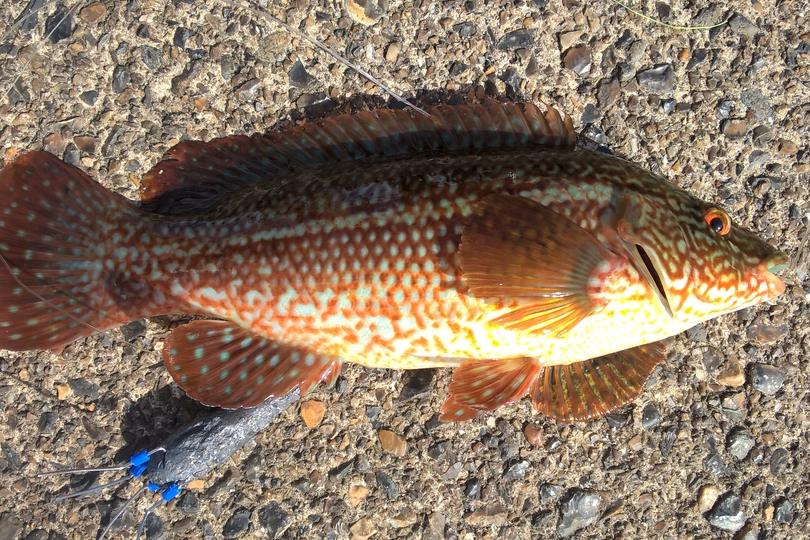 Adults might be dark green or reddish-brown in color, but they have numerous white spots all over them. It can reach a total length of 65.9 cm and a maximum weight of 4.4 kg has been recorded.

They can be found among rocks, seaweed, and reefs at depths ranging from 1 to 50 meters. For the first four to fourteen years of their lives, all Ballan wrasses are female, with only a handful turning male. Males of the species are usually always large. The Ballan wrasse’s large lips and strong front teeth are an adaptation for removing shellfish from rocks.

These are supported by pharyngeal teeth, which are located further back in the throat and can break through shells to gain access to the flesh inside. Crustaceans, such as hard-shelled crabs and small lobsters, are also eaten by this species. They’ll dive to water depths in search of shellfish that adhere to submerged rock walls and coastal rocks. 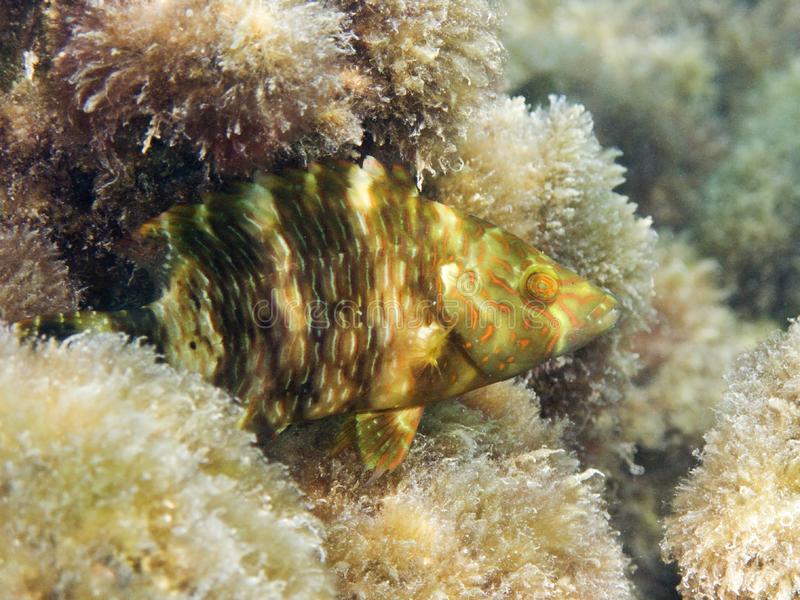 They will also live in regions where kelp and other seaweeds are abundant. Ballan wrasse is found in the northeast Atlantic Ocean from Norway to Morocco, including Madeira, the Azores, and the Canary Islands. There are records from the Mediterranean Sea, although these are regarded as suspect and maybe brown wrasse misidentifications (Labrus merula).