Barreleyes, sometimes known as spook fish, are small deep-sea Argentina form fish that live in tropical to temperate seas throughout the Atlantic, Pacific, and Indian Oceans. The term “Barreleye Fish” really refers to a small family of fish that are physically extremely distinct. These fish get their name from their barrel-shaped, tubular eyes, which are usually pointed upwards to detect the silhouettes of possible prey, although they may also direct their eyes forward. The Greek words opisthe ‘behind’ and proktos ‘anus’ are combined to form the family name Opisthoproctidae. The creature has also developed the astonishing capacity to move both of its eyes independently of one another. 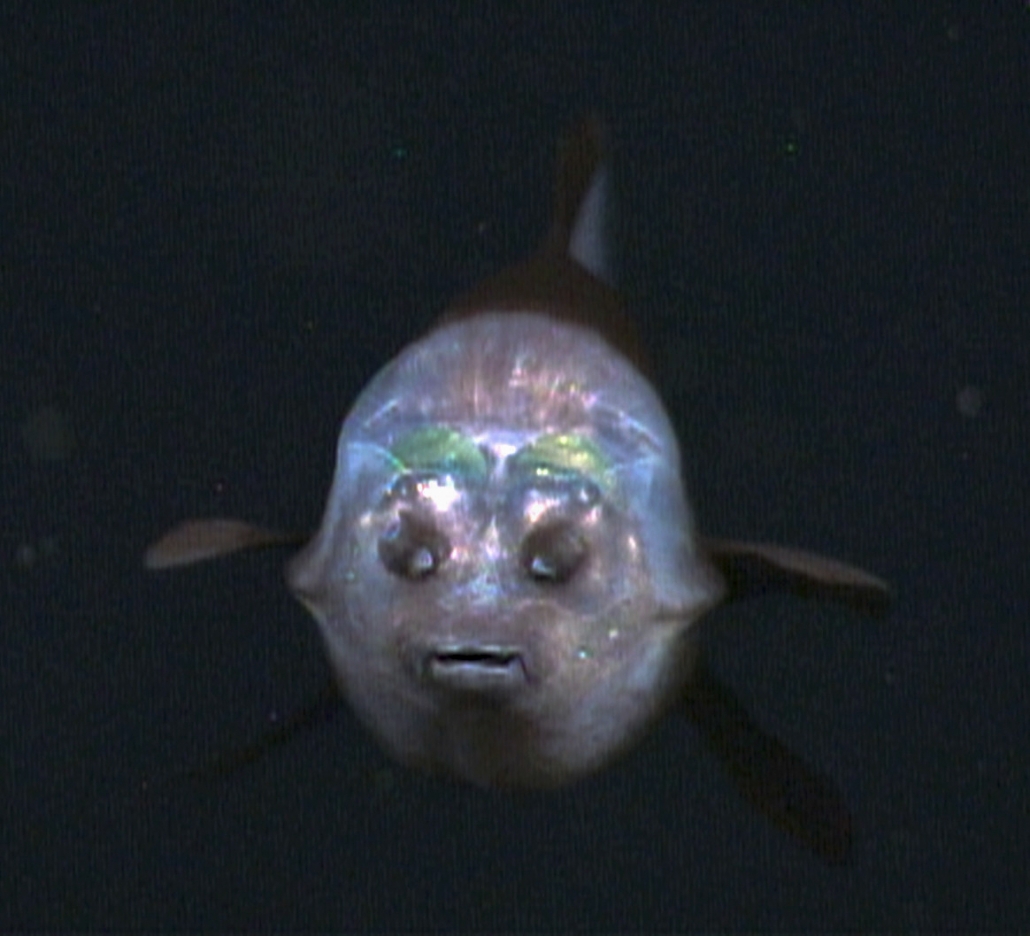 All species have huge, telescopic eyes that protrude from the skull but are protected by a massive translucent helmet of soft tissue. These eyes usually look upwards, but they can also look ahead. Barreleyes feature huge, dome-shaped, transparent heads, which probably allow the eyes to absorb even more incident light while also protecting the sensitive eyes from siphonophores’ nematocysts, from which the barreleye is thought to steal food. 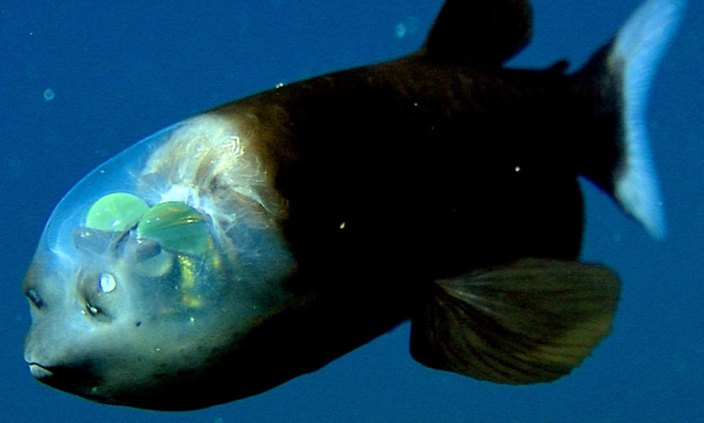 The toothless mouth is short and narrow, with a pointed snout at the end. The pectoral fins are significantly enlarged and wing-like, extending roughly half the length of the body, and are evidently utilized for stationkeeping in the water column. The pectoral fins are positioned low on the body, while the pelvic fins are positioned ventrolaterally rather than ventrally in some cases.

It also grows a layer of small, silvery scales on top of itself. In any of the various species, sexual dimorphism has no discernible effect. The majority of the numerous varieties grow to be less than 8 in (20 cm) in length. One particularly exceptional species, on the other hand, can grow to be as long as 20 feet (50 cm). The mouth remains toothless and tiny.

Barreleye Fish live in the pelagic zone of the world’s oceans. Individuals also live at extreme depths, extending from 1,312 to 8,200 feet. As a result, its natural habitat is slightly beyond the limitations of light penetration at this range. Individuals also detect their target by their shadows by glancing up with their huge eyes. Meanwhile, this motion helps it to remain hidden in the deepest recesses of the ocean. Members of the Family have a strong advantage over possible predators because of this capacity. 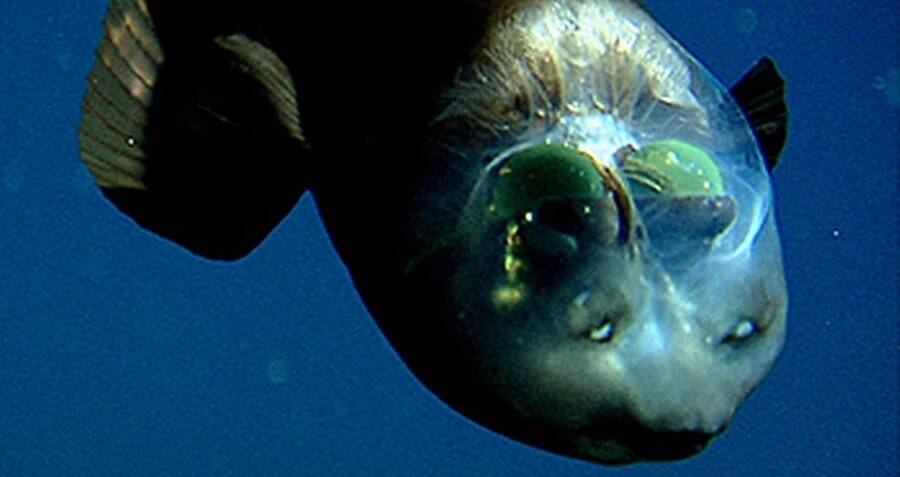 They are spawners in the pelagic zone. In the water, eggs and sperm are released. Fertilized eggs are buoyant and rise to shallower depths than unfertilized eggs. The larvae and juveniles are likely to drift with the currents at much shallower depths than the adults, and when they metamorphose into adults, they descend to deeper waters. The bioluminescent organs with reflective soles could be used as counterillumination camouflage.

This predator avoidance strategy involves using ventral light to part ways the fishes’ silhouettes so that they blend in with the artificial light from above when viewed from below. The marine hatchet fish is one of several unrelated deep-sea families that exhibit counterillumination (Sternoptychidae). Tubular eyes are also found in marine hatchet fish and other families.