The blacktip reef shark is a requiem shark species in the Carcharhinidae family, distinguished by large black tips on its fins, particularly on the first dorsal and caudal fins. The Blacktip Reef Shark is a shark that can be found in tropical and mild temperate waters. It is frequently mistaken for the Blacktip Shark. The Blacktip Reef Shark is one of the most common sharks seen in shallow water on coral reefs in Indo-Pacific waters, sometimes as shallow as 30 cm.

They normally swim in water that is between 20 and 27 degrees Celsius (70 and 80 degrees Fahrenheit). Blacktip Reef sharks avoid tropical lakes and rivers that are distant from the ocean. This species favors shallow, inshore seas and is one of the most prevalent sharks in the Indian and Pacific Oceans’ tropical coral reefs. In the area, its exposed first dorsal fin is a common sight. The blacktip reef shark prefers to hang out on coral ledges and sandy flats, but it has been known to venture into brackish and freshwater. 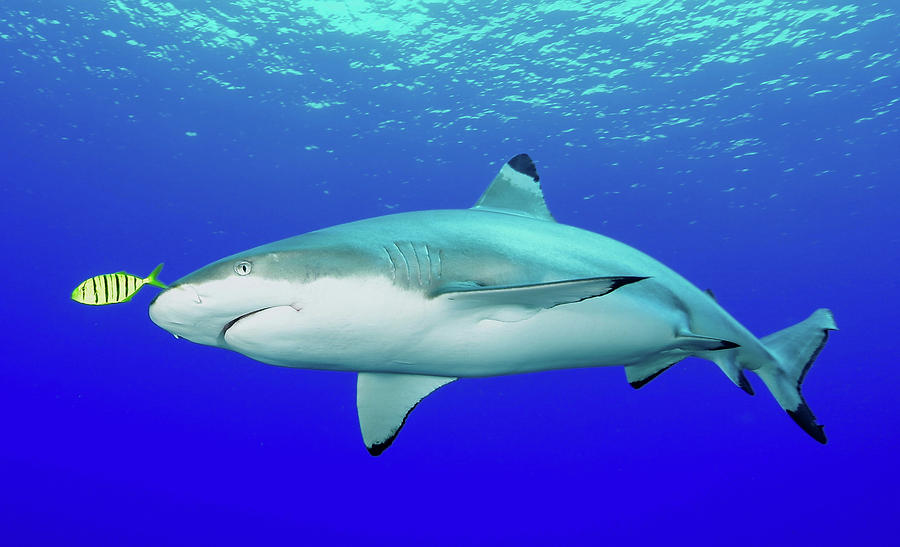 The blacktip reef shark’s life history has been described in a variety of ways, some of which are inconsistent, owing to geographical variances within the species. The blacktip reef shark is classified as Vulnerable by the International Union for Conservation of Nature. Overfishing of this slow-reproducing shark has contributed to its decline in a number of locations, despite the fact that the species as a whole remains widespread and relatively numerous. 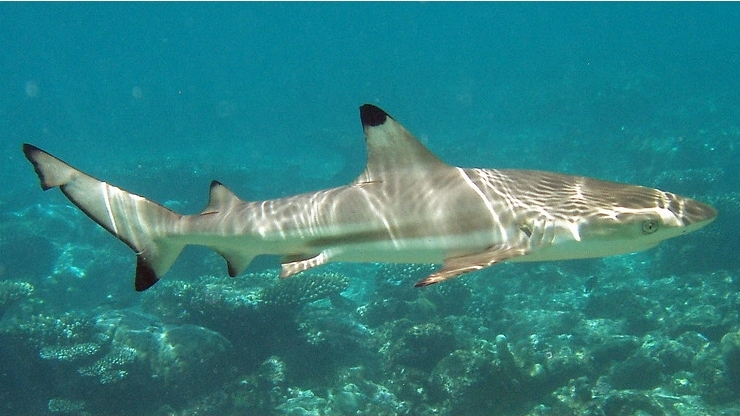 The blacktip reef shark can be found in tropical and subtropical Indo-Pacific near-shore seas. Although it has been sighted swimming near to shore with its dorsal fin visible at depths of up to 75 meters (246 feet), the blacktip reef shark is normally found in water only a few meters deep. Sharks that are younger favor shallow, sandy flats, whereas elderly sharks prefer coral ledges and can also be found near reef drop-offs. It can be found in the Indian Ocean from South Africa to the Red Sea, including Madagascar, Mauritius, and Seychelles, and eastward along the Indian Subcontinent’s coast to Southeast Asia, including Sri Lanka, the Andaman Islands, and the Maldives. 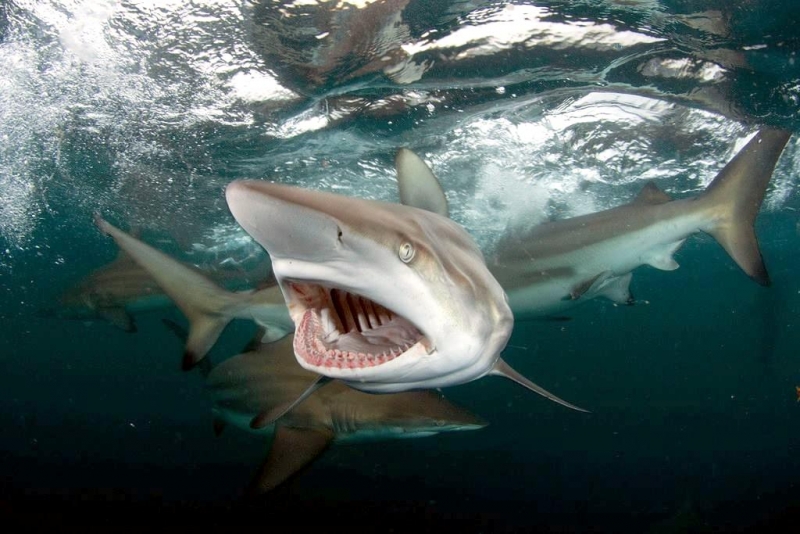 Females give birth to two to five offspring on a biennial, yearly, or maybe biannual cycle, making this shark viviparous. The gestation time has been reported to be anything between 7–9, 10–11, and possibly 16 months. A female blacktip reef shark swims slowly toward the bottom in a sinusoidal rhythm with her head pointing down when she’s ready to mate; investigations in the wild suggest female sharks generate chemical signals that allow males to track them. When the male locates her, he approaches her at a distance of roughly 15 cm (5.9 in) and follows her, his snout pointing towards her vent.

The female may also be bitten behind her gills or on her pectoral fins by a courting male; these mating wounds heal entirely in 4–6 weeks. Younger females have more flexibility in their timing, whereas older females mate and give birth at a constant period every year, frequently to within a week’s precision. Females that are younger are also more likely to fail to conceive after mating.