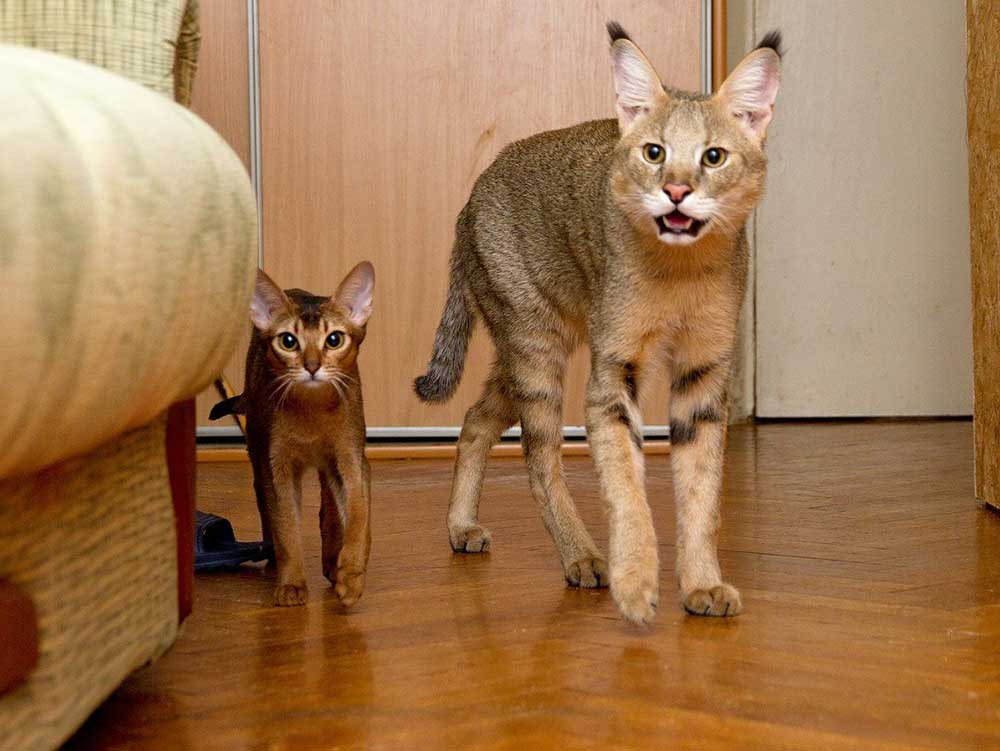 Chausie Cat Breed; The Chausie’s origins can be traced back to ancient Egypt, where these cats were renowned for their laid-back nature and natural hunting abilities. In fact, the Chausie gets its name from the Latin word “Felis chaus,” which means “jungle cat.”

Several thousand years ago, the first hybrids of the jungle cat (Felis chaus) and the domestic cat (Felis silvestris catus) were perhaps believed to Have been created in Egypt. The jungle cat is a large cat that is endemic to Southeast Asia, India, and the Middle East. It is mostly an Asian wild cat that prefers to live around rivers and lakes. However, the species is only found in the Nile Delta, a small region of North Africa. The ancient Egyptians were known to keep domestic cats as pets. Many mummies of domestic cats have been discovered in Egyptian temples. 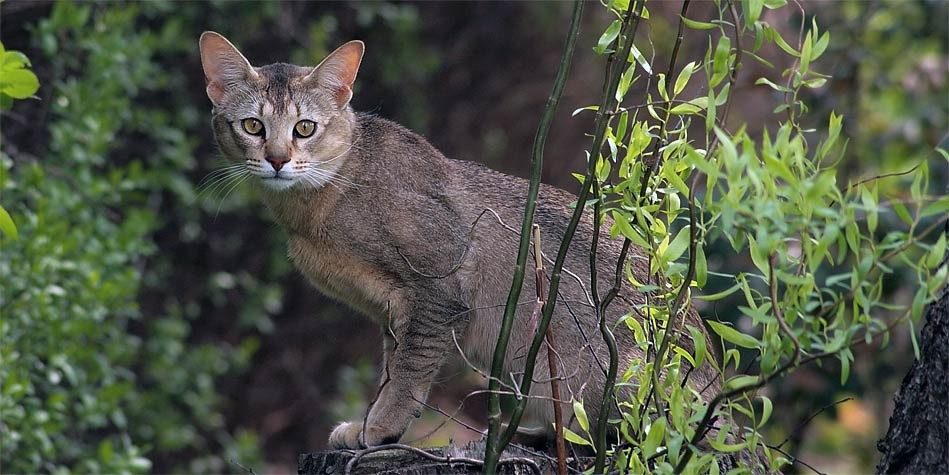 In the late 1960s and 1970s, a few people tried crossing F. chaus with F. s. catus. Their goal was to provide a rational alternative to keeping feral cats as pets. However, it was not until the 1990s that a devoted group of breeders dubbed the breed “Chausie” (after Felis chaus) and formed a planned breeding program and goals for the Chausie breed.

TICA granted these breeders registration status in 1995 when they requested it. From May 2001 through April 2013, the species progressed through the New Breed Class, eventually becoming TICA’s newest Championship breed on May 1, 2013. Both North America and Europe are currently breeding Chausies. The World Cat Federation has begun the process of registering the breed as a new breed.

In comparison to traditional domestic breeds, Chausies are bred to be medium to large in size. Male Chausie adults weigh between 11 and 16 pounds. Adult females weigh between 8 and 13 pounds. Chausies, on the other hand, are long-bodied, leggy, and have medium boning since they are built for sprinting and jumping. The torso is flat on the sides and has a deep chest. The ears are large, tall, and positioned roughly two fingers apart on the head. 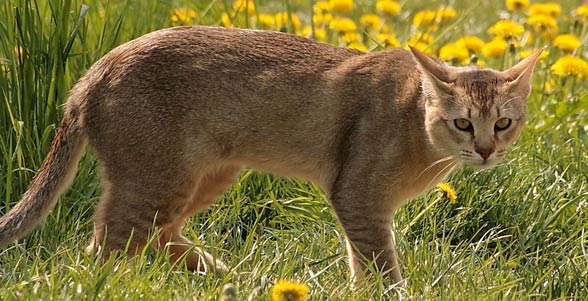 The eyes are flattened on top and form a half oval below, and the cheekbones are prominent, long, and angular. The Chausie’s athletic, lanky, slender frame is built for sprinting and jumping their body type is compared to that of a basketball player or long jumper in the breed standard.

Solid black, black grizzled tabby and black ticking tabby are the three colors allowed by the TICA Chausie breed standard. Because the Chausie Cat Breed is still relatively young, Chausies with a variety of other colors and patterns are still common, and they make lovely pets. Only the three permitted colors, however, are thought to be perfect. Only cats in three allowable colors are allowed to compete in new breed classes at cat exhibitions, and only those three colors will be eligible for championship classes in the future. Though yellower and lighter tones of green are permitted, gold or yellow eye color is preferable.

As kittens, solid black Chausies show minor tabby markings, but as they grow older, they usually develop a rich, even black coloration. When the degree of grizzling is minimal, black grizzled tabby Chausies can be mistaken for solid black Chausies. When most black cats are exposed to direct sunshine, their coats brighten significantly and turn brownish.

Chausie Cat Breed are a breed of cat that is intelligent, active, and athletic. As kittens, the Chausie Cat Breed are frequently “busy.” They are quieter as adults, yet they retain a sense of fun and insatiable curiosity. They do not like to be alone; they require the company of other cats or humans the majority of the time. They also get along well with dogs and will thrive if raised in a home with one. They can build strong ties with their fellow Chausies. They are devoted and may struggle to adjust if relocated to a new habitat or adopted as adults. 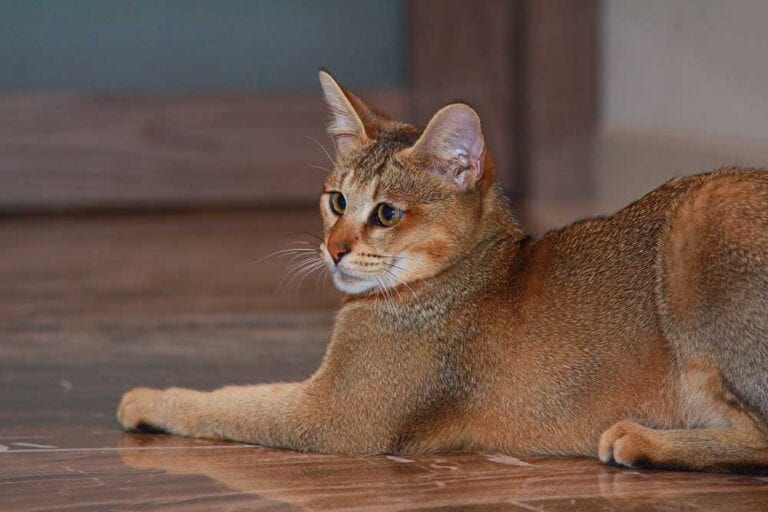