The Munchkin, American Curl, and Sphynx are the three breeds that joined together to create this hairless, curly-eared dwarf-like cat. The Sphynx, a wrinkled cat with most of its fur missing, gave the Dwelf their hairless physique. The American Curl is known for its unusually curled ears. Crossing these breeds with the Munchkin resulted in the Dwelf’s diminutive stature, which gave the breed its name. This is a cat with small legs that stands out. However, whereas these three cats are recognized by a number of organizations around the world, the Dwelf is not. Because Dwelf cats are a mix of three mutant breeds, some people think they’re contentious. 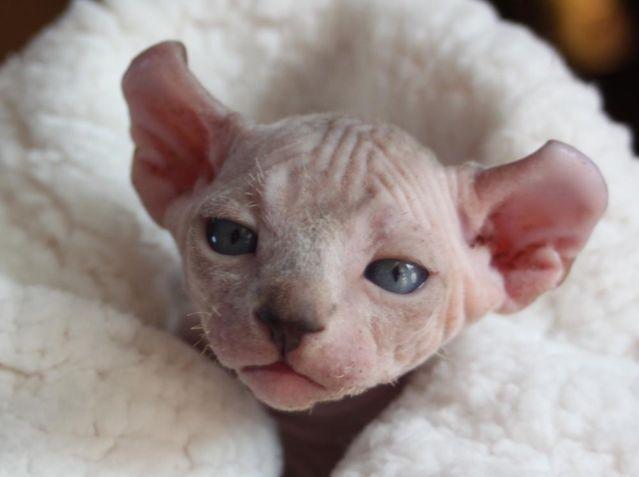 Because the Dwelf is a new breed, it does not have a long history. In 2008, the first one was released. Stephanie Osborne, an Arkansas cat breeder, called it the Dwelf because it mixes the words “dwarf” and “elf.” Dwelves are a hybrid cat breed, implying they were created by crossing different breeds with different mutations. Some folks think it is illegal to raise such cats.

The head is longer than it is wide. In addition, the eyes are almond-shaped and huge, as well as somewhat slanted, and the snout is short and powerful.  The feet are huge, oval, and have prominent knuckles. The neck and legs are muscular, the abdomen is rounded, and the feet are large, oval, and have prominent knuckles. The tail is long and slender, and there may even be some hair on the pointed tip. The cheekbones are prominent, and the skull is rounded. The weight ranges from 4 to 9 pounds, while the height ranges from 6-7 inches. 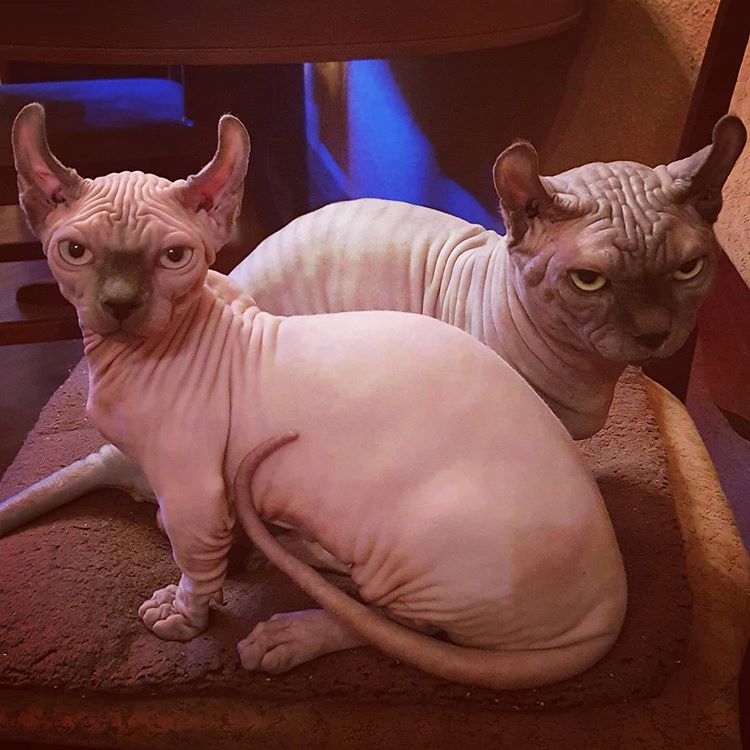 Because this cat species is hairless, these felines might have either a natural skin tone or a black coat. On the face and body, they may have darker markings. The Dwelf cat is a very young breed with a small population. They’re a stocky designer breed with short legs and a lengthy tail. The Dwarf’s ears curl upward rather than standing straight up, which is another distinguishing feature. You’ll see their wrinkles, which are especially noticeable on their legs and shoulders because these cats are hairless. Short, fine hair can also be found on the bridge of the cat’s nose, the tail and feet, the back, and the edges of the ears.

These felines are extremely gregarious and friendly. They enjoy being in the company of others and dislike being left alone for lengthy periods of time. Dwelf cats make excellent companions for people who spend a lot of time at home throughout the day. When a Dwelf cat adjusts to new people, pets, and surroundings, they become extremely affectionate. They appreciate being in the company of their owners and do not like to be left alone for lengthy periods of time.  They enjoy being around other cats, but as with any new pet, they should be introduced gradually and gently. 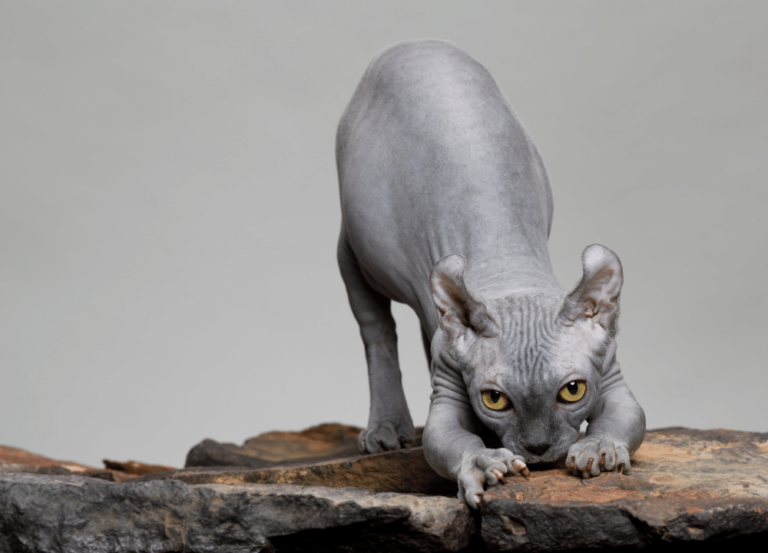 Dwelf cats are lively, curious, and intellectual, thus toys and games that stimulate their minds will appeal to them. Any interactive gadget that provides cerebral stimulation will appeal to them. A cat tree would be excellent for them because some of them adore climbing. This allows them to jump and climb, which helps to strengthen their powerful rear legs.

These cats’ skin will be vulnerable and sensitive because they are hairless. They should be kept indoors since they can get sunburned if they are exposed to too much sunshine, but they are also vulnerable to freezing temperatures. Because there is no fur to absorb all of the oils that naturally accumulate on the skin, you will also need to give your kitten a weekly bath.

Due to limited genetic material, Dwelf is at a higher risk of issues. Due to their sensitivity, their skin is the source of their most common health issues. Skin disorders, heart illness, ear infections, spine curvature, pectus excavatum, and degenerative joint disease have all been reported in Dwelf cats. The average lifespan is 13-15 years.