Mastitis is caused by a bacterial infection. Any injury to the nipple or teat canal, such as biting, can allow bacteria to enter the teat canal, traveling up into the mammary gland and creating a bacterial infection. Even in the absence of any injury to the body, a female cat living in an unclean environment may be exposed to large quantities of bacteria and others thereby causing the infection.

Mastitis is mostly happening during the postpartum period after a cat gives birth. A cat can develop mastitis if they are suddenly weaned or if their kittens die. This leads to the accumulation of milk within their mammary glands. 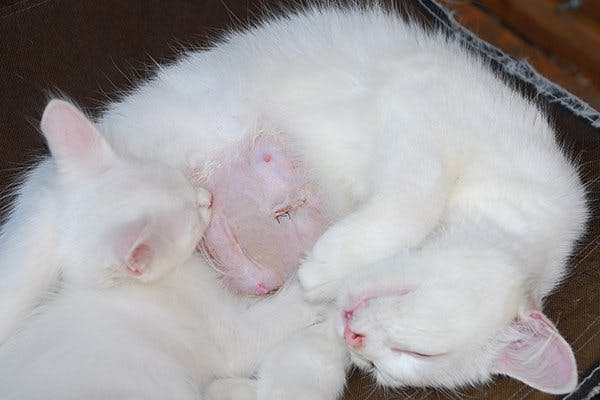 Mastitis is only caused by nursing female cats. When kittens are nursing, they may not be clean and push their tiny paws on the mother cat’s breasts, which could cause urine or feces to get in the mother cat’s milk ducts.

If a mother cat has just given birth and has been involved in a fight with another animal outside, during the fight the cat may be wounded on the breast and this may lead to infection if care is not taking.

It is uncommon for mastitis to occur without signs of infection. Injury to the breast, such as a bruise or cracked nipple, can lead to inflammation within the breast itself.

Signs of Mastitis in Cat

If you notice your cat’s mammary glands are swollen, red, and warm to the touch, your cat is most likely suffering from mastitis. Your animal might also be experiencing discharge from its teats and feel pain when you try to touch its mammary glands. 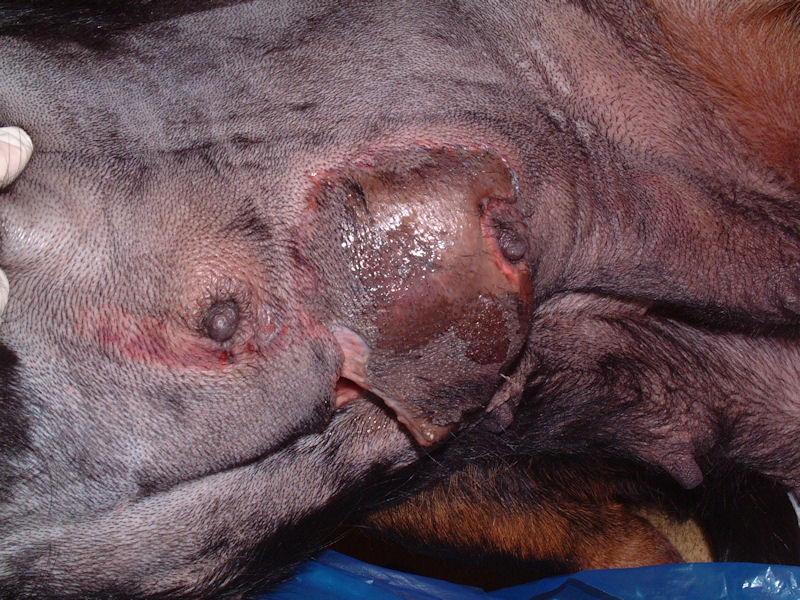 If your cat has this infection as a result of blocked milk ducts, you may notice that the kittens they are nursing are not gaining weight as expected.

This is because milk cannot pass through the inflamed teat canal and therefore the kitten does not get the food it needs. Other signs that a cat has mastitis include fever, yellow or thick milk, refusal to let the kittens nurse, depression, loss of appetite, Lethargy, death.

Diagnosis of Mastitis in Cat

Physical examination of the breast may help to differentiate mastitis from other conditions, but sometimes it cannot be determined without laboratory tests. These include bacterial culture, blood count, or cytology of milk with pus. 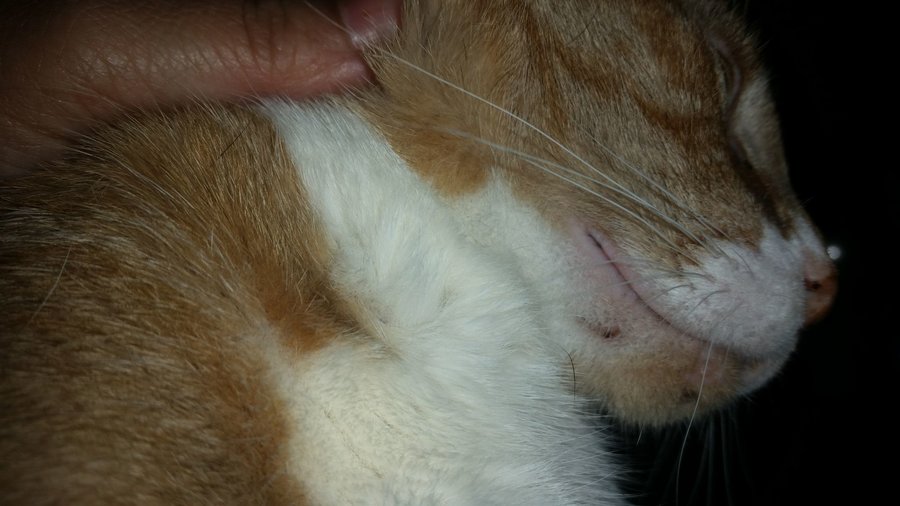 Most cats with mastitis can be treated at home with antibiotics and pain medication. Cats should also be allowed to stay home with their kittens during treatment. Cabbage leaf compresses also can be used to reduce pain and inflammation.

Cabbage leaves should be attached to the affected mammary gland using a bandage or fitted t-shirt. Once applied, they should be left there for like three hours. 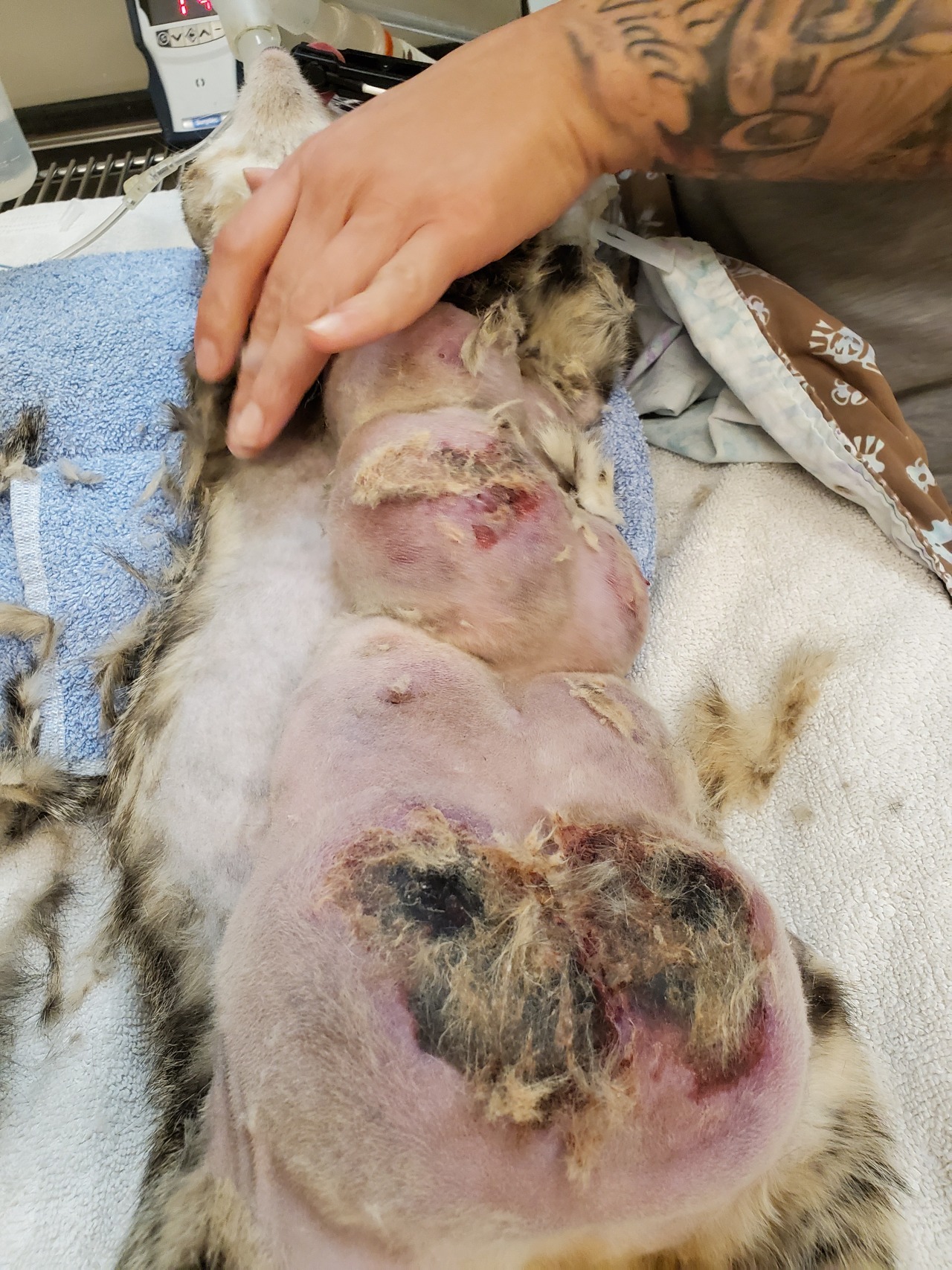 The veterinarian can recommend the best course of action when it comes to kittens ceasing nursing. If your vet recommends they cease nursing, it is temporary until the mother recovers. If the kittens are too young to wean, you will have to bottle feed.

The best way you can keep a cat from getting mastitis is by maintaining good hygiene. Cats do constantly clean themselves up and their kittens, but they always lying down whenever they want to feed the kittens, If their home is not clean, the cat’s teats may be exposed to bacterial infection leading to contamination of the breast.

Mastitis is a common disease in cats that can be prevented by making sure the kittens nurse from all of the teats and not just a few of them. You can prevent mastitis by checking the teats daily for normal milk production.