The bigmouth buffalo (Ictiobus cyprinellus) is an endangered and dwindling fish native to North America. By over 40 years, the bigmouth buffalo is the longest-living freshwater teleost (a group of about 12,000 species), smashing all prior records. It is the largest Catostomidae (or “sucker”) species in North America, as well as one of the longest-living and latest-maturing freshwater fishes, reaching a maximum age of 112 years and reproducing infrequently.

The gourd head, Marblehead, redmouth buffalo, buffalofish, bernard buffalo, roundhead, or brown buffalo are all frequent names for it. They exhibit no signs of aging, but rather improvements. The bigmouth buffalo isn’t a carp, and neither are any other suckerfish. Despite the fact that they are in the same order. 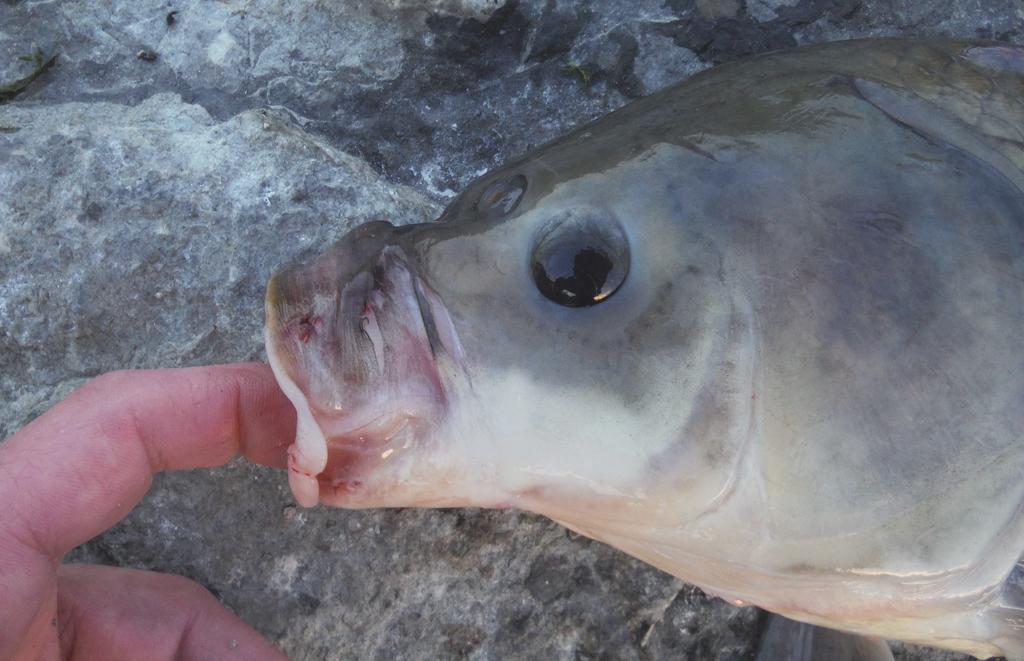 Since the 1970s, bigmouth buffalo populations in the northern section of their range, which includes areas of Minnesota, North Dakota, and Canada, have been declining. Since the introduction of modern bow fishing in 2010, bigmouth buffalo populations have been in steep decline. Other long-lived freshwater fishes, such as sturgeon and paddlefish, share their life cycle characteristics, such as the ability to endure decades with little or no successful recruitment.

Such species require time to thrive, surviving long enough for favorable environmental circumstances to exist, allowing for a burst of reproduction and subsequent recruitment. Bigmouth buffalo management is in desperate need of reform, particularly in the northern half of their habitat in the United States, where herds are old-growth and already falling. 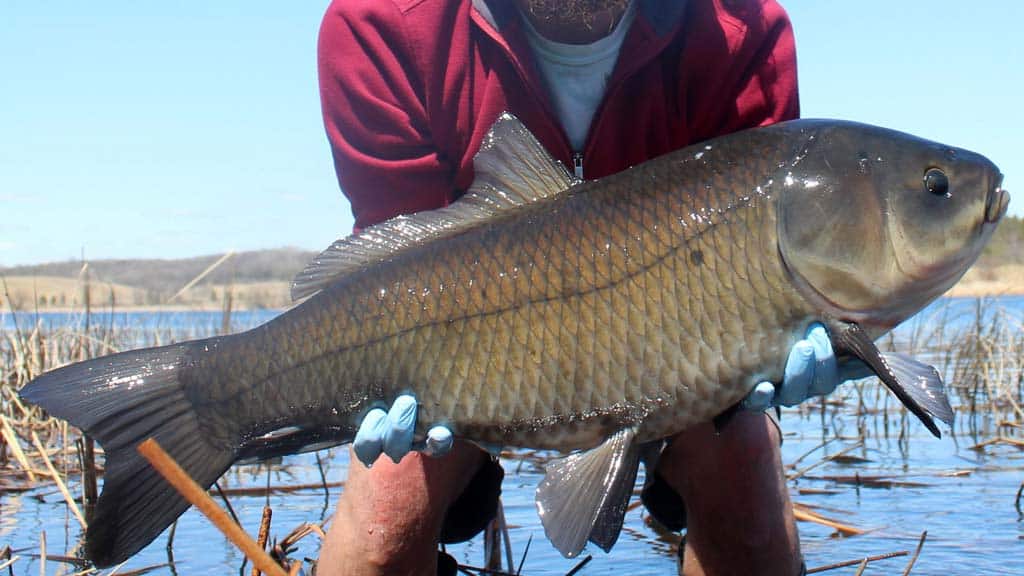 The native range of the bigmouth buffalo is limited to Canada and the United States of America. It is endemic to the Red River of the North and Mississippi River drainage basins, which run from Manitoba, Canada, to North Dakota, United States, to the Ohio River, and then south to Texas and Alabama. They live in the Milk River in Alberta, as well as the Qu’Appelle River in Saskatchewan and Manitoba, which drains into Lake Winnipeg. They are native to Montana, North Dakota, Minnesota, and Wisconsin in the northern United States, as well as eastern Texas, Oklahoma, and Louisiana in the south. Some reservoirs along the Missouri River watershed in North Dakota and Montana are being reintroduced.

A sucker-like mouth with huge lips can be found on the enormous head. The back is brown to coppery, the sides are black to yellow-green, and the belly is white to yellow. Fins can be brown or black in color. The dorsal fin is extremely long. It has a long dorsal fin, but it has a terminal (forward-facing) mouth, which reflects its pelagic feeding ecology. It is the largest of the buffalo fish, reaching a length of more than 1.2 meters and a weight of 36 kilograms. It prefers slow places of huge rivers and lakes to call home. 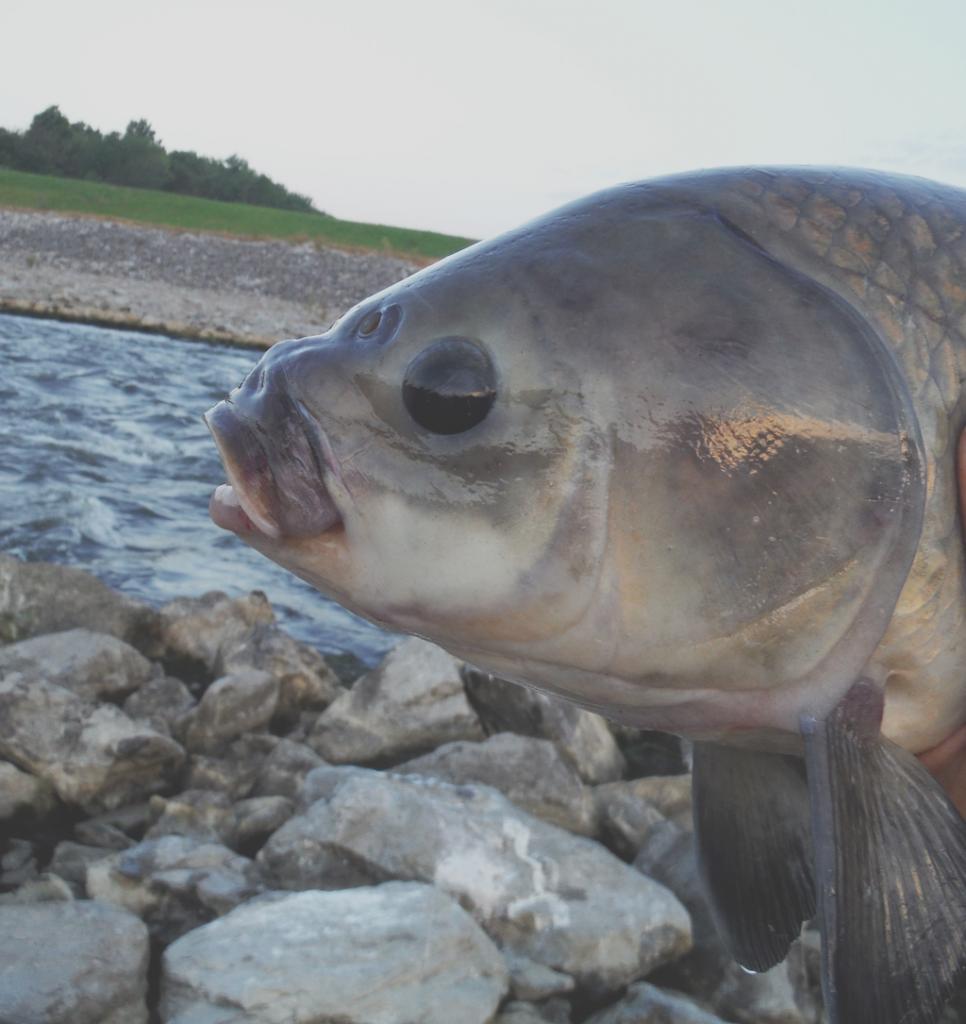 It feeds towards the bottom of the ocean, using brief up-and-down movements to filter animals that hover near the bottom or rest gently on it from the water. Juveniles and adults eat cladocera, copepods, algae, Chironomidae, ostracods, and various insect larvae and invertebrates depending on availability. Several predatory fish prey on the young of the bigmouth buffalo.

The best place for bigmouth buffalo to spawn is in heavily vegetated waterways. They are tough fish that can survive in high turbidity and low oxygen environments. The bigmouth buffalo spawns in the spring, between April and June when the water temperature is between 13 and 26 degrees Celsius. The bigmouth bass is a broadcaster that lays sticky eggs in heavily vegetated waterways. Females seek out highly submerged and emerging foliage, which provides an excellent environment for their eggs to hatch.

The substrate is typically a mix of rubble and gravel with a high proportion of sand and silt. Water levels increase dramatically before spawning and then level off. Females mature at the age of ten, whereas men mature around the age of six. Bigmouth buffalo have a tendency to develop distinctive coloration, such as orange and black markings, as they get older, but this might vary by habitat and food consumption.