The Himalayan (also known as the Himalayan Persian or Colorpoint Persian) is a long-haired cat that is identical to the Persian except for its blue eyes and point coloration, which are a result of crossing the Persian with the Siamese. A Swedish scientist made the first purposeful hybrid between a Siamese and a Persian cat in 1924. The first pointed pattern longhair was born in 1935. Two Harvard medical researchers mixed a Siamese female with a black Persian male in the early 1930s, not to create a new breed, but to figure out how certain traits were passed. 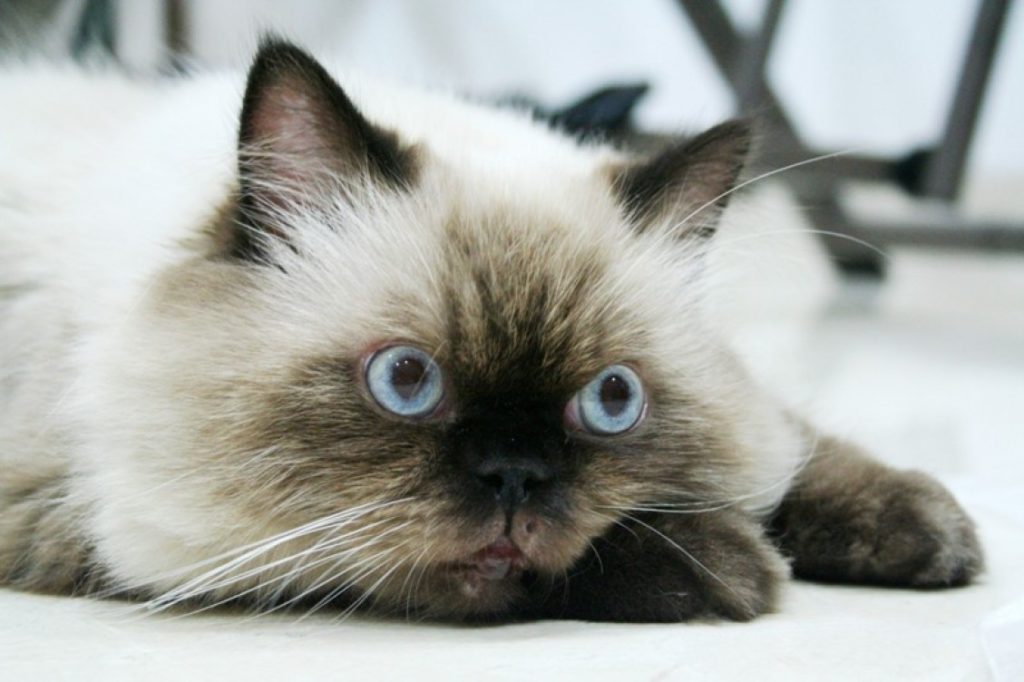 Jean Mill was one of three breeders that crossed the Persian and Siamese cats to produce the Himalayan cat in 1948. Early breeders were primarily interested in introducing Siamese coloration to long-haired cats, thus they strengthened the line by outbreeding to Persians in order to maintain the Persian trait supremacy. By the 1960s, however, some breeders were reintroducing Siamese stock and producing fewer “Persian-style” cats. By the 1980s, a concerted effort to re-establish the breed along more formally Persian lines had resulted in the breed being merged into Persian as a variant in some registries and a decline in “old” or Siamese-like specimens.

These attempts were hampered by World War II. Marguerita Goforth, an American, succeeded in cultivating the long-awaited Persian-like colorpoint in 1950. In 1957, the CFA and ACFA recognized the Himalayan breed, which was called after the color pattern found in other animals such as the Himalayan rabbit. By 1961, the Himalayan had been recognized by all of the main cat organizations in the United States. a black Persian female.

Because the Himalayan has a spherical (cobby) body and short legs, it is more difficult for them to jump as high as other cats. Traditional or doll-faced Himalayans have a different head structure than peke-faced or ultra-typed Himalayans, who have more extreme squashed-looking facial features. Show Himalayans, like peke-faced Persians, have a nose break and huge, wide eyes with the nose leather directly between them. Breeder or pet Himalayans tend to have longer noses than show cats, as well as a longer snout and smaller eyes than show cats. 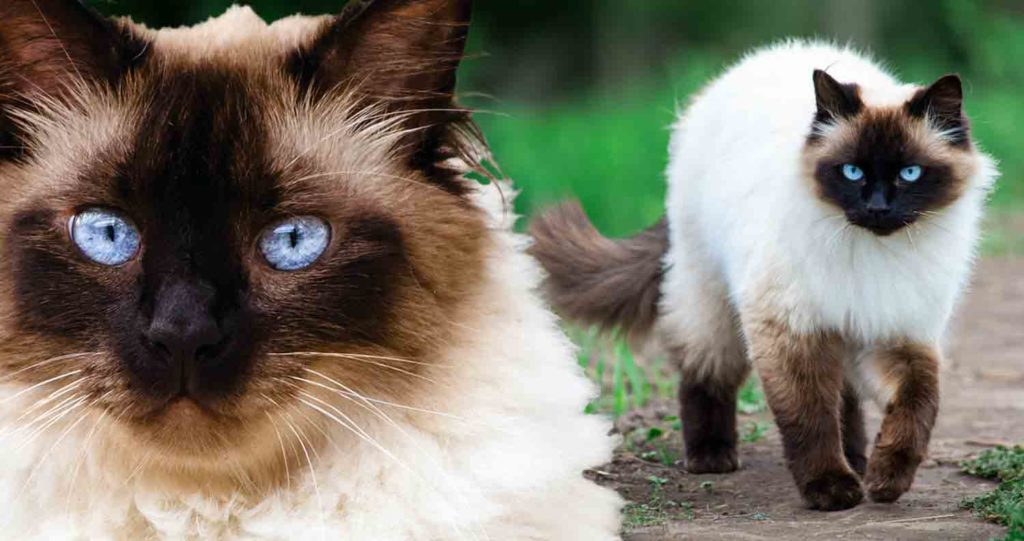 All over the body, the coat is lengthy, full of vitality. The coat has a dense undercoat that gives it great volume. Ruff is going to be huge. Seasonal coat variations must be recognized. The majority of a Himalayan’s body hair is white or cream, but the points come in a variety of hues, including Seal (or Black), Blue, Lilac, Chocolate, Red (Flame), and Cream. Tabby, Lynx, or Tortoiseshell patterns can also be seen on the points. Chocolate and Lilac point Himalayans are the most difficult to breed since the feature is autosomal recessive, meaning both parents must contain the gene for Chocolate/Lilac to produce a Chocolate or Lilac kitten.

All of the colors and patterns are pointed. Clear color is desired, but minor shading is OK. Darker coloured regions on senior cats’ coats should be taken into account. The color of the body and the color of the point must be distinct. The cat’s basic color must be seen in the points, which include the ears, legs, feet, tail, and mask.

They have a fun side as well as being kind, quiet, and sweet-tempered. Himalayans, like Siamese, enjoy fetch, and a scrap of crumpled paper or a kitten toy will keep them occupied for hours, or until their next nap. Himalayans are dedicated to their people and rely on them for companionship and protection. They yearn for attention and enjoy being handled and groomed. 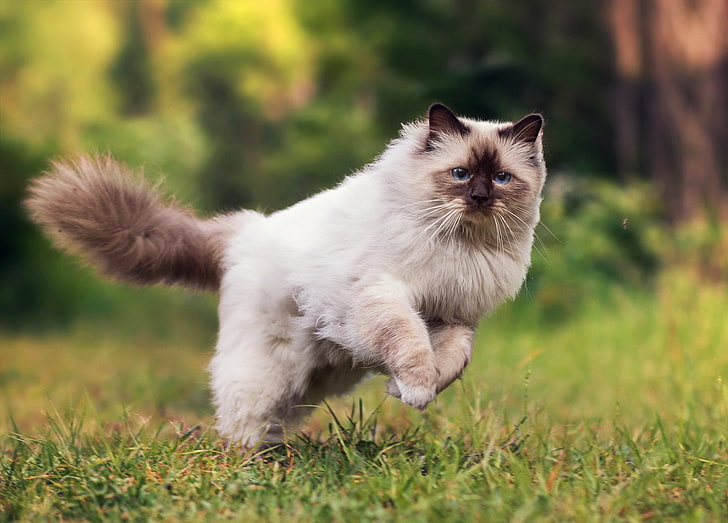 Some Himalayans may carry the gene that causes polycystic kidney disease due to their Persian background (PKD). Brushing Himalayans on a daily basis is necessary to maintain their coats looking their best and keep them healthy. Depending on the cat, cats may need to have their faces wiped on a daily basis. Bathing a Himalayan cat can also assist to lessen the amount of oil on its fur and skin.