The Vizsla is a Hungarian dog breed. The Hungarian Vizsla, also known as the Magyar Vizsla or Smooth-Haired Vizsla, is a sporting dog that is also a loving friend. One of the most enticing aspects of the Vizsla is its medium size. The dog has enjoyed a prominent position among sporting dogs – that of domestic companion and the family dog – as a hunter of fowl and upland game.

The Turkish occupation (1526–1696), the Hungarian Revolution of 1848, World War I, World War II, and the Hungarian People’s Republic have all left their mark on the dog. Vizslas, on the other hand, have faced and survived multiple near-extinction throughout their history, including being overrun by English Pointers and German Shorthaired Pointers in the 1800s and again after WWII.

The dog was a foundation breed for many other breeds, including the Weimaraner, Wirehaired Vizsla, and German Shorthaired Pointer. Many people believe that the same breeds, as well as other pointer breeds, were utilized to reestablish the Vizsla breed around the end of the nineteenth century. 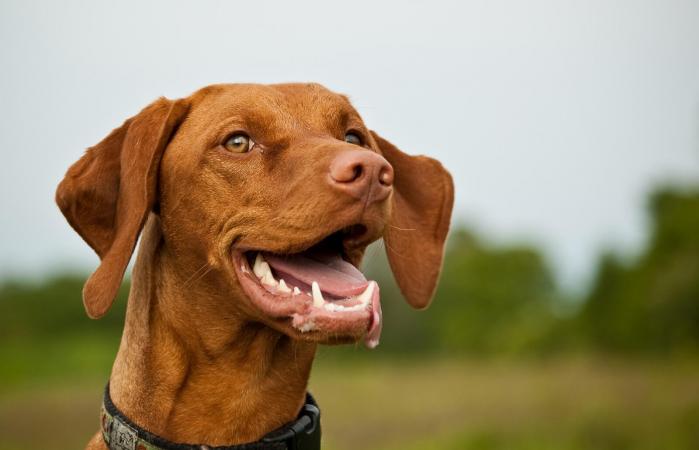 At the end of World War II, the dog began arriving in the United States. Owners created the Club of America in an attempt to achieve AKC recognition as interest and loyalty to the breed grew. As a result of registering foundation stock with the AKC, dog owners were able to obtain official recognition on 25 November 1960.

The various “strains” of the dog have become somewhat distinctive as individuals bred stock that suited their hunting style. Outside Hungary, vizslas were commonly bred in Romania, Austria, Slovakia, and Serbia.

The Vizsla is a remarkable hunting dog with a short coat and imposing stature. They are lean dogs with defined muscles that are robust but light in build. A Vizsla’s body structure resembles that of a Weimaraner and a Redbone Coonhound, albeit the Vizsla is often slimmer and has more defined musculature. Weimaraners and Rhodesian Ridgebacks, on the other hand, are larger than Vizslas.

The Vizsla’s nose is always a reddish tint that blends in with the coat color. A nose that is black, brown, pale pink, or another hue indicates a different breed. The eye and nail color of a Vizsla should match the coat color. The regular coat comes in a variety of shades of French-row yellow. Yellow, copper-brown, russet gold, and dark sandy gold are all descriptions that could be used to characterize the coat. The Vizsla is not suited to be kept outside since, unlike most other breeds, it does not have an undercoat.

They are high-energy, gentle-mannered dogs who are natural hunters with a high aptitude for learning. They’re not only amazing pointers, but they’re also great retrievers. They will recover both on land and in water, utilizing their inherent instincts. 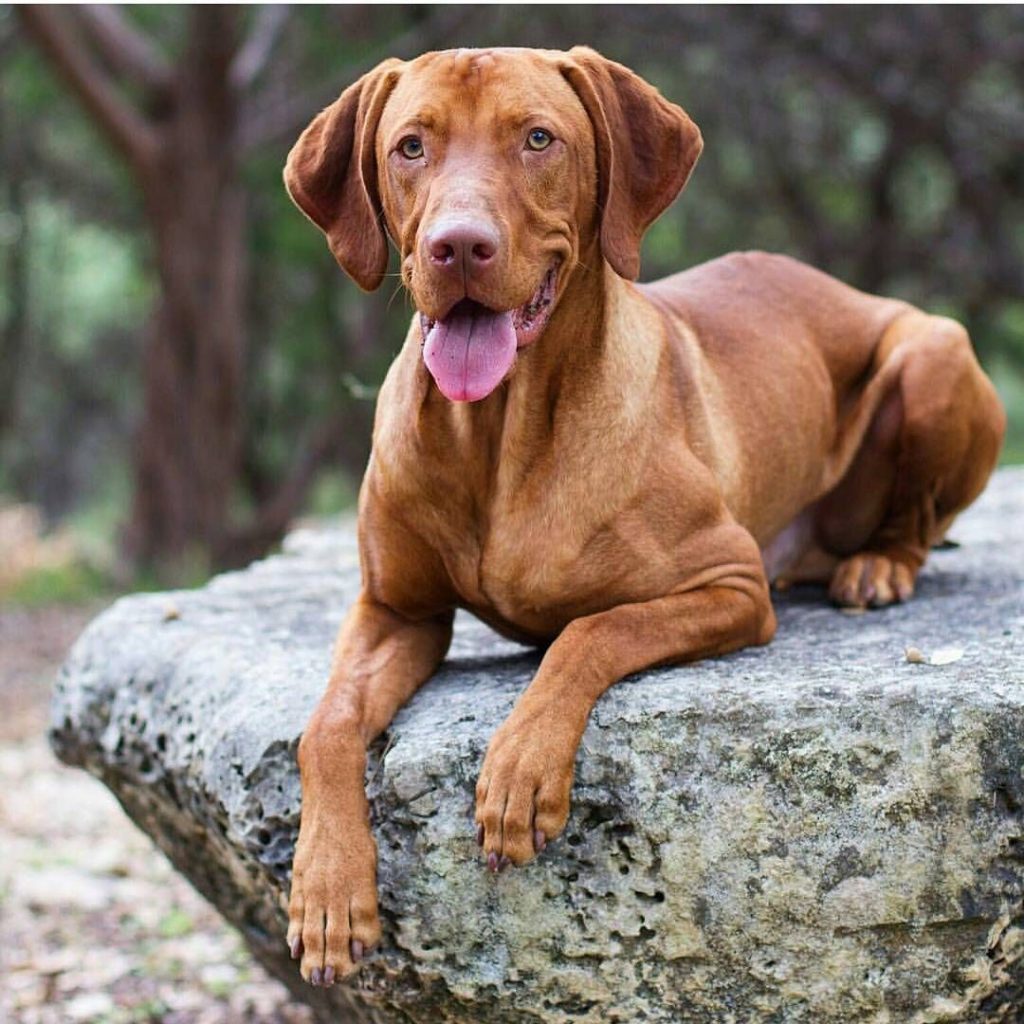 They create strong ties with their owners, children, and even strangers very fast. Because of their loyalty and affection, they are frequently referred to as “velcro” dogs. When they are neglected or otherwise unhappy, they will weep or whine. If they feel strangers are entering their space, some will bark at them. When properly trained, they make excellent guard dogs.

Because they have sensitive temperaments and can be easily injured if trained harshly, they must be trained softly and without harsh demands. Vizslas, on the other hand, thrive on attention, exercise, and interaction, thus the owner must apply quiet authority when training them. They are smart canines who require a lot of cerebral stimulation while they are young. They might get bored and destructive if left alone for long periods of time. They are friendly dogs who can be terrific around children with proper socialization and training.

They require both physical and mental stimulation. Individual dogs’ needs vary, but, in general, owners should plan on a minimum of 30 minutes of active exercise daily and some dogs will need more than that.

They have a short, sleek coat with no undercoat, so they don’t require complicated grooming. They do shed; therefore brushing them with a rubber grooming brush on a regular basis is beneficial.

Although they are hardy dogs, some small-scale breeding operations have resulted in inheritable disorders in some progeny, including hip dysplasia, canine epilepsy, cancer, and sebaceous adenitis. Epilepsy and lymphosarcoma are two major dangers. Skin and food allergies are common in these dogs. The dog has an average lifespan of 12 to 14 years.