Gordon Setters are a large breed of dog, part of the Setter family. The Gordon is one of the two known as the Scottish Setter and was bred to hunt game birds. They’re part of either the Sporting or Gundog Group depending on where they’re from. The original purpose of the Gordon was to hunt game birds.

The Black and Tan Setter was a Scottish breed of dog that was developed by the Duke of Gordon in the 1700s. They were originally called Gordon Castle dogs, but later became known as Black and Tans when Queen Victoria gave one to Prince Albert for his birthday in 1840. The original setters at Gordon Castle were mostly black, tan, and white. However, efforts to breed the finest setters continued through the efforts of the fifth Duke of Richmond.

The Gordon Setter was brought to the United States in the mid-17th century. It received its name of Tan and Black in the late 18th century, but it only became known as the Gordon Setter when it was registered by the English Kennel Club in 1892. The American Kennel Club recognized this breed in 1892. A hunting dog with the slowest and bulkiest nature.

In 1842, Daniel Webster and George Blunt brought two Gordon Setters to America from the Duke’s stock. Rake and Rachael were the first two Gordons in the US, which began their breed here. The Gordon Setter was recognized by American Kennel Club in 1892.

A Gordon Setter is a large, powerful, and well-balanced dog. It has a long back and strong loin, with muscular thighs and shoulders. The head, neck, legs, and feet are all very well balanced. A Gordon is one of the heaviest of the setter breeds; males may reach 69 cm (27 in) at the withers and weigh up to 36kg. 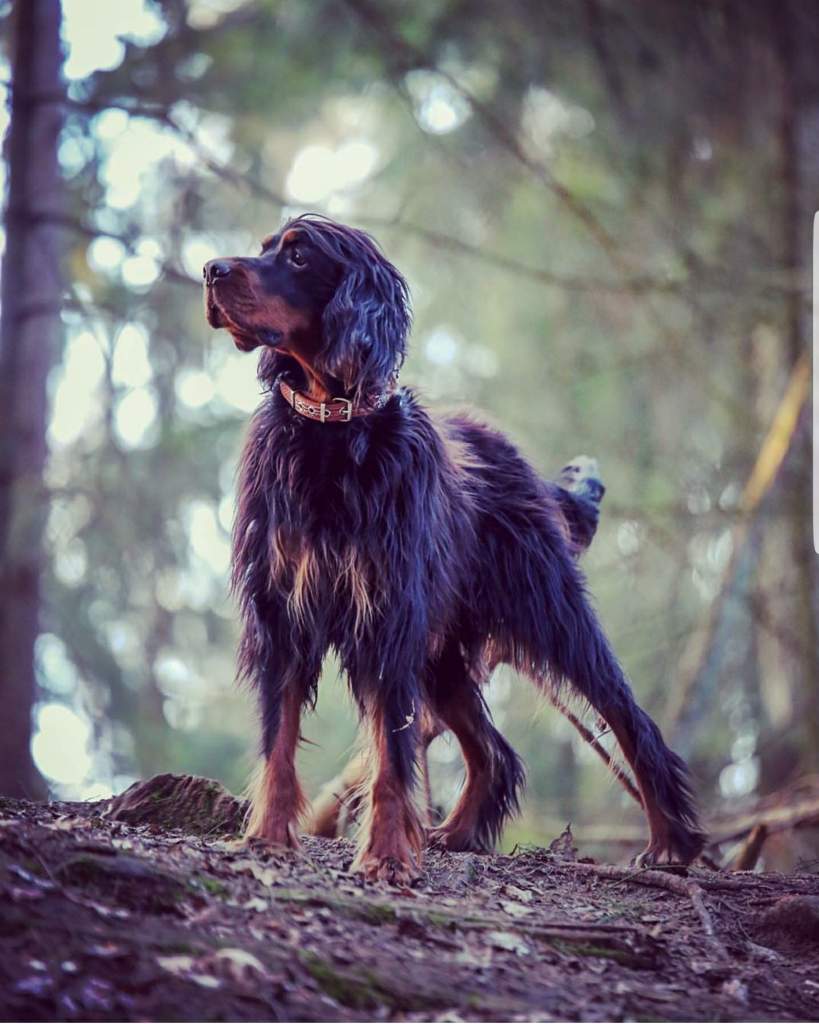 The Gordon Setter is a square-built dog that possesses long feathers on its back legs, ears, tail, and underside. It also has a black coat with tan markings. Its hair can be straight or slightly wavy. The Gordon setter has a smooth and steady gait while it constantly wags its tail.

Gordon Setters are also known as Black and Tans. They have a coat that is completely black, with distinctive markings of rich chestnut or mahogany colour on their paws, lower legs, vents, throat, and muzzle; one spot above each eye; two spots on their chest. A small amount of white is allowed on the chest.

The Gordon Setter is a bird dog that is very energetic. He needs lots of exercises to keep him happy, and he can run for hours without getting tired. A bored Gordon Setter will get frustrated easily; therefore, the owner of this breed must make sure there are plenty of activities available. This breed also makes a good companion for an active person who loves to play with dogs. 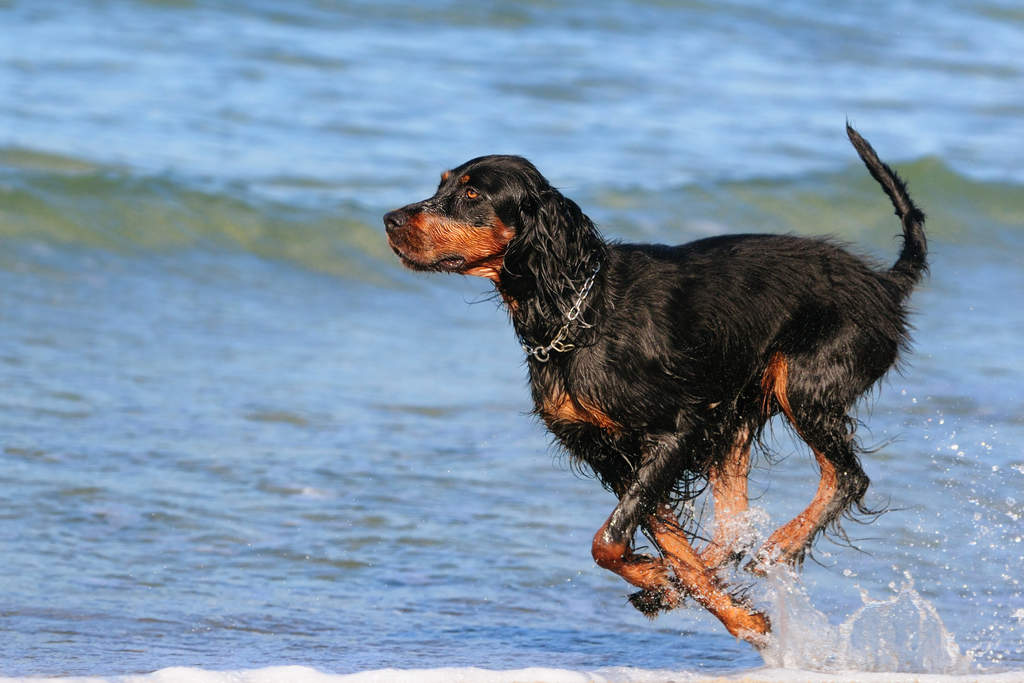 Gordon is fearless and willing, intelligent, capable, loyal, affectionate, strong-minded, and can stand the rigors of training. He is good in an attentive loving environment. Gordon is intense with his loyalty to his owner.

Gordon should be given early socialization and obedience training at the early stage of this breed in order to be able to control them later. They are slow to mature, so they need 60 to 80 minutes of exercise every day. The breed was bred to run, so Gordon should not be over-exercised or begin agility training until they are at least 18 months old. 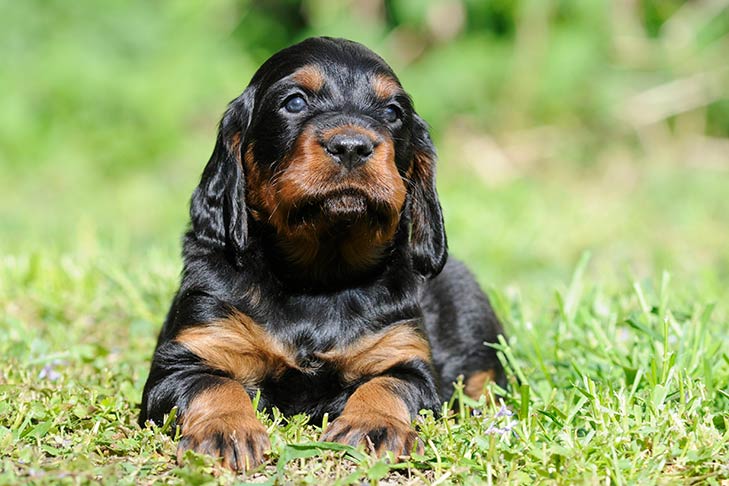 A daily exercise plan is also essential for the Gordon Setter breed. Although this dog is adaptable to temperate climates, regular combing should be done every two to three days.

The Gordon Setter is a healthy dog breed, but it does suffer from some major health issues such as gastric torsion and canine hip dysplasia. This breed has an average lifespan of 10 to 12 years.